Trending Stories from The Marquee
You are at:Home»Features»Evanoff is Trying to Keep Classic Rock Relevant in the Electronic Scene
By Marquee Magazine on January 1, 2016 Features, Interviews, Michael Chary 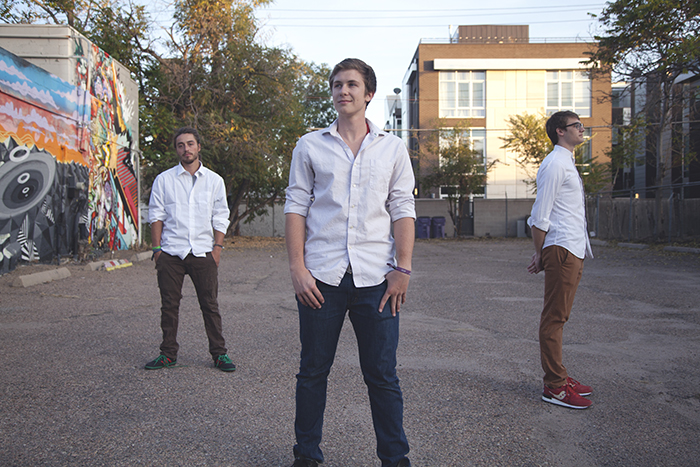 At the young age of 20, J.J. Evanoff has gained recognition playing locally with his solo project, the J.J. Evanoff Experience, which he has now parlayed into a live jamtronica act. Joined by bandmates Jake Hall and Parker Oberholzer, Evanoff is a project that blends classic rock elements with electronic production, attempting to maintain the roots of psychedelic rock.

Evanoff began playing guitar at the age of nine and realized his innate ability after a high school talent show. After playing The Who’s rendition of “Summertime Blues” an adoring crowd gave a standing ovation and carried him off stage then out of the building. He continued playing rock and blues, influenced by legends like Stevie Ray Vaughn and Pink Floyd, however it wasn’t until he was taken to see Sound Tribe Sector 9 at Red Rocks that he began to harbor an interest in electronic music.

“My brother had been telling me about them for years and I didn’t really get it, but after I saw how they were able to fluidly integrate the cool stuff about electronica with what I love about rock music, it blew my mind and that’s when it all started,” Evanoff told The Marquee in a recent interview.

Evanoff began to experiment with music production software and developed a live show by himself, while continuing to incorporate the psychedelic elements of classic rock that have been precursory to the evolution of the genre today. But his goal was to always incorporate more and more live instrumentation in his performance, so he brought on two classmates from CU Denver to help him out.

“That was always the goal of it; to make a name for myself and then find the right musicians to take it to the next level,” Evanoff said. “I met our bassist Parker in a music theory class and invited a friend from high school at Fairview who was this really amazing jazz drummer to try to play some of the songs with us and it just clicked instantly, so we started booking shows.”

Though they’ve yet to graduate college, the band has been touring throughout the west, with upcoming stops in Arizona and New Mexico. When they’re not trying to make a living driving for Uber and working other odd jobs, they’re working on writing new music and perfecting their live performance.

“It’s really tough trying to find enough time to write new music because we just had a new member, Jake, join the band and we’ve had to do a lot of catch-up to get all the songs up to speed,” Evanoff said. “We’re working on our live sets and getting everything to flow together and really getting the songs down as tight as we can get them, so between being on the road and trying to rehearse twice a week, there really isn’t enough time to create as much as we would have liked.”

Evanoff must be doing something right though, with headlining spots at the Fox Theatre and selling out Larimer Lounge already under his belt. On top of that Evanoff has shared a stage with prominent artists such as The Flaming Lips, Blue Sky Black Death, and even Mumford and Sons. However, Evanoff said that the production level of artists at that caliber isn’t nearly as inspiring as the determination and hard work of more obscure bands.

“The biggest moment was probably when we played with The Main Squeeze, we got to open up for them down in Durango,” Evanoff said. “The professionalism and how tight they were as a band compared to all these bigger bands that are around was amazing. Just the fact that there are all these smaller bands that are so talented and so tight, but basically unknown made us realize that we have a lot of work to do because there are so many talented musicians out there and there’s always more room to improve.”

True to the nature of his music, Evanoff said he draws his inspiration through meditation. Having grown up with a father who taught transcendental meditation, Evanoff uses the tool as his muse.

“‘Breathe Out’ the concept of that was that I was meditating up in the mountains on this rock, looking over Boulder Valley and realized that in American society we’re expected to do so many things and people get too caught up in all these expectations and how they’re supposed to live their life that they forget to just take a breath and appreciate all the beauty around them. So that was me trying to kind of recreate that,” Evanoff said.

The band has booked several festival slots this summer and plans to keep touring and working hard until then, trying to expose their music to the masses. Despite being labeled as jamtronica, Evanoff’s goal is to not stray too far from his rock pedigree.

“It started off as livetronica,” he said “but it’s moved toward more of a classic rock revival – I really want to bring that heavy, crunchy, classic rock vibe because it feels like it’s getting lost in this day and age.”