Trending Stories from The Marquee
You are at:Home»Features»Ignatius Reilly Head Southward and Plan a Return to the Studio on the Heels of Last Summer’s ‘Tearing The Skies Apart’
By Marquee Magazine on February 1, 2016 Features, Hap Fry, Interviews 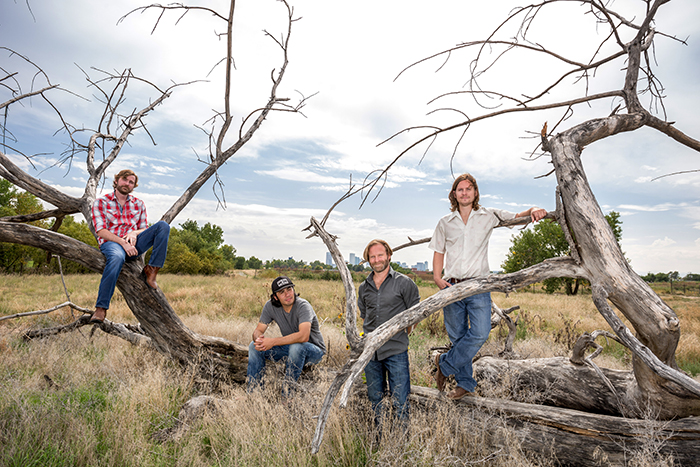 Should Brock Elam ever have to tap deep into the well for a bit of songwriting inspiration, all the lead singer/guitarist for Ignatius Reilly will have to do is revisit that one summer night in Durango not so long ago.

It was after all the most unique story Elam could draw from his short, but so far memorable tenure as the group’s frontman.

“The most awkward story has got to be when I got put in the drunk tank in Durango,” Elam said during a recent phone interview with The Marquee while traveling to Aspen with bass player Mark Brut. “We had a two night run down there at The Balcony. We ended up drinking and got in a bar fight. Next thing you know, I end up in the (La Platta) county jail. I got out the next day maybe an hour before the show.  It was straight from the facility to the venue. We’ll definitely have to write something about that one day. It was just one of those crazy nights.”

While “Facility to the Venue” has a certain cryptic ring to it, Elam, Brut and the rest of Ignatius Reilly appear to be only dialed in on what the future has in store for the Denver up-and-comers, which draws inspiration from the trilogy of Southern rock, New Orleans funk and folk.

Named after the central character in John Kennedy Toole’s A Confederacy of Dunces, Ignatius Reilly will embark on its biggest tour to date later this month. The group, which also features Jeff “Birddogg” Lane (drums / percussion) Ethan Ice (keyboards) and Eric Bullock (lead guitar), will head back to its roots – the Southeast –with nine gigs lined up in Arkansas, Tennessee, Georgia and South Carolina.

“It will be like a homecoming for a lot of us,” Elam said. “We’re playing Chattanooga where Birddogg, is from, and I’m originally from Savannah, so we’re excited about it. Mark actually lived in Athens for a while, and we’re playing the Nowhere Bar there so we’re going to see a lot of his friends. We have a lot of friends from the south being from there. It’s just going to be a good run.”

The group’s musical influences include the usual Southern suspects of Widespread Panic and The Allman Brothers Band, but Canadian Neil Young sits atop the perch of being the most influential of the bunch.

“He is a huge influence for all of us,” Elam said. “That’s probably the guy that we cover the most.” That said, Ignatius Reilly has plenty of originality in its arsenal. That much was apparent when the group laid out its first EP Seersucker Vest in 2013, which featured the track “Temperature’s Rising.”

“Ethan (Ice) brought that one to the table,” Elam said. “He gave it the very New Orleans driven piano funk so it had that going on for it. Once we finished it, I was just kind of taken aback. I was like: ‘wow, this is real.’”

The band followed up the EP this past summer with its first album titled Tearing the Skies Apart. In addition to “Temperature’s Rising,” the album also features catchy tunes “Life on the Run,” “Sweet Kern,” and “Gladys.”

While Elam said Ice is probably the most musically-inclined member of the group, he said all the members have a hand in the songwriting process including former and founding member Micah Gunn, who now practices law full time.

Before Ignatius Reilly begins its foray into the Southeast, the group has gigs slated for Steamboat, Winter Park and in Denver at Quixote’s True Blue. They will then point the van toward Lincoln, Nebraska for the first stop of their big tour.

“We’ve done some solid runs in and around Colorado,” Elam said. “We’ve pretty much played all the mountain towns; Lincoln and Jackson Hole  a couple of times. We’re gradually starting to spread our wings a little.”

He explained that following the tour, the group hopes to go back into the studio sometime in March, and he said there have been tentative plans in the works for what can only be described as a very unique and potentially memorable gig in early May.

“There’s been some talk about playing this cave out in Morrison with our buddies the Dyrty Byrds,” Elam said. “It’s still in the works, but our buddy Terry Walsh has his barbecue company (Rolling Smoke BBQ), and they found this place. He wants to put something together. I think that’s what we’re going to focus on when we get back. We’ll call it ‘The Cave Show.’”

Whatever does come Ignatius Reilly’s way between now and then, Brut said he’d be hard-pressed to find a better group of guys to hit the road with this winter and again this spring. “I think really the best thing about these guys and really why I even convinced myself to play with them is they’re just a bunch of solid guys,” said Brut, who has been a solo fixture in the area. “We have drama, but we all respect each other. I think that’s a big help with having a successful project. We just have a dynamic friendship that goes beyond music. Birddogg and I go way back to the Southeast.”

Ignatius Reilly’s story began with Birddogg (Lane) and Elam jamming out on Sundays in 2012 with a five gallon bucket. Needless to say, the transition to a touring musician with a few wild nights to talk about has been an enjoyable ride for Elam.

“For me, it’s a dream come true,” he said. “I’ve been playing the guitar since I was 13 or 14. I’d just kind of play house parties and this and that. I was always friends with people who were in bands, but to finally have my own group of guys has been a dream come true. We just seem to be getting bigger and better as the days roll by.”