Trending Stories from The Marquee
You are at:Home»Album Reviews»Corcione ‘Believer’
By Marquee Magazine on March 1, 2016 Album Reviews, Brian F. Johnson 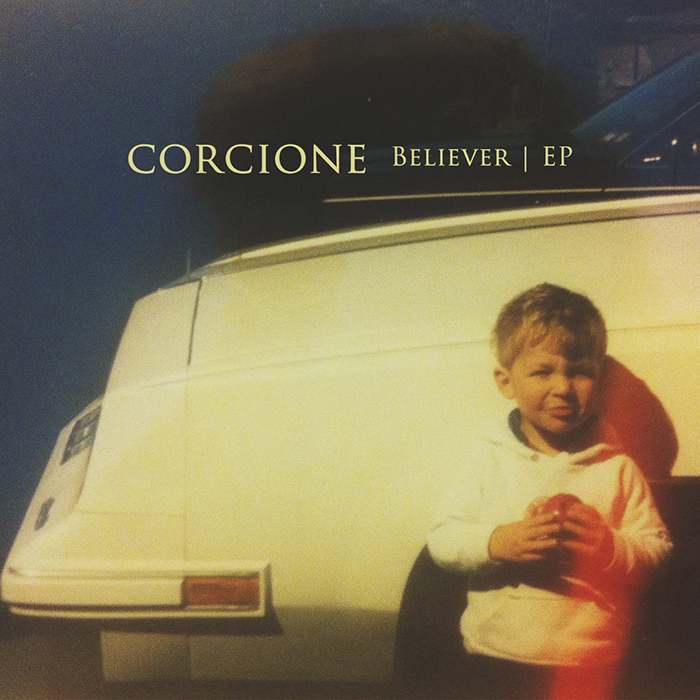 Greg Corcione is known around town as a jazz drummer. He’s played with and filled in for a number of different bands over the years but he’s always just been the guy in the back hitting the drums. Now though with the release of his debut solo album Corcione makes up for all of those years of being tight-lipped by throwing down a plush collection of rock, R&B and soul on his four-song EP Believer.

Produced by former Ego Vs Id multi-talent Robbie Stiefel, who also adds accompaniment throughout, Believer sees Corcione kick things off with the fierce, spacey rocker “Holy Water.” In analog bliss, the second track, “Mother’s Poem” slows down to a softly strummed and picked acoustic guitar, with a fluttering of piano accompaniment, before “Blame It On The Love,” picks things back up to an R&B shuffle. The shaking “Tango Woman,” and the redemptive revival tent soul of “Believer” cap the breathtaking debut.