Trending Stories from The Marquee
You are at:Home»Album Reviews»Dyrty Byrds ‘Failure Is Feedback’
By Marquee Magazine on March 1, 2016 Album Reviews, Brian F. Johnson 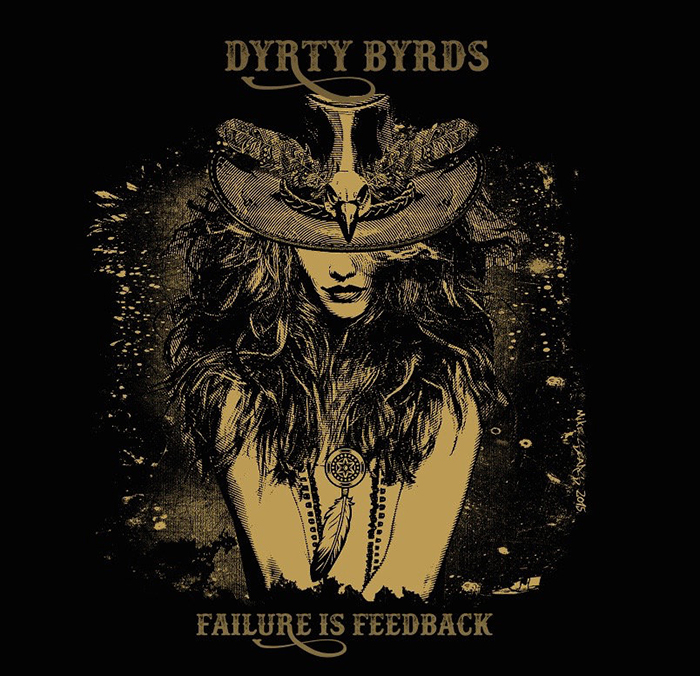 Denver’s Dyrty Byrds have been putting a modern hook on classic, southern rock since 2009. With their latest offering Failure is Feedback the group, which is fronted by Polytoxic’s Tori Pater and Bloodkin’s Erik Martinez, continues to update the sound that originally wafted from rock and roll radio stations in the 1970s; big guitars, greasy, dirty verses and soaring, sing-along choruses.

Failure is Feedback is the group’s third release and second album completed with Chad “Chadzilla” Johnson of Silent Scream Studios in Denver. Mostly original with a few covers by Hayes Carll, Ray Wylie Hubbard and Triumph, Dyrty Byrds paint a swampy picture of the south. But the band also shows an enlightened southern view on tracks like “Going Out of Business” with samples of some speeches that shed light on the ridiculousness of the Republican party’s quest for a presidential candidate. It’s beer-drinking music and it’s meant to be fun and irreverent, but Dyrty Byrds also occasionally make a deeper point.