Trending Stories from The Marquee
You are at:Home»Album Reviews»The LonelyHearts ‘Age of Man’
By Marquee Magazine on March 1, 2016 Album Reviews, Brian F. Johnson 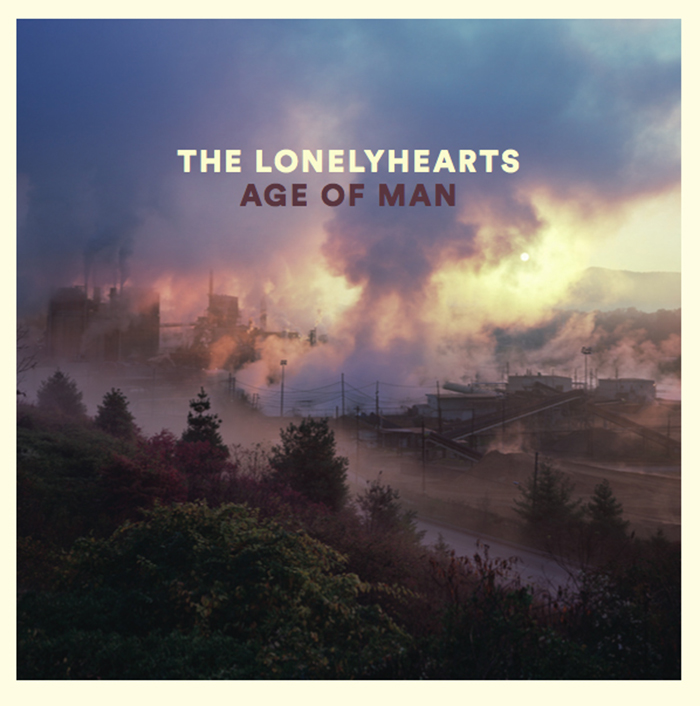 American author Jennifer Eagan was awarded a 2011 Pulitzer Prize for Fiction for her book “A Visit From The Goon Squad.” Each chapter can be read as an individual short story and critics and the author alike have debated whether or not the book is a novel, a collection of short stories, both or neither.

The duo of The Lonelyhearts, John Lindenbaum and Andre Perry, who read and argued about the book while on tour, have taken Eagan’s structural techniques and applied it to their latest, vastly-ranging and gorgeous piece of work Age of Man.

The plot of the album sounds like a science fiction novel — and like Eagan’s work, each song stands as its own short story, but the album as a whole links all of the stories together into a miraculous tale.

On their media page the group explains that Age of Man is “a series of stories about interpersonal human error that transforms into a dystopian world where vengeful radioactive bats first police and then punish mankind for its sins. And yet there are survivors who are left to rebuild in the wake of apocalypse: they are offered the opportunity to make good on lessons learned or doomed to make the same mistakes again.”

The Lonelyhearts formed in San Francisco in the early 2000s. Now, with one member living in Fort Collins, and one in Iowa City, the minimalist duo challenge themselves to make the most sound they can with only a 12-string guitar and a synthesizer on stage. For Age of Man they are accompanied by drums, bass and trumpet with occasional backing vocalists, but the pared-down pair tell a phenomenally rich narrative with astonishing delicacy, incredible depth and a surprisingly interwoven tapestry of conflicting genres that form one unbelievably cohesive album.

From the very folky beginnings of the album with “9 Years On,” the astoundingly etheral and beautiful “Rotterdam” to the poppy, radio friendly “Downtown,” to the Radiohead-like “Meteorologist,” The Lonelyhearts build the interconnecting layers of the story upon one another until the full picture begins to come into view. “Susan (Bat City)” sounds like an old punky acoustic track by The Replacements, whereas “Escape from Bat City” gets poppy again, before the heart-wrenching “If Found Please Deliver to Ted Morgan (Formerly of 235 Ridge Avenue, Pittsburgh)” again highlights The Lonelyhearts spectacular folk prowess. “Repopulation Blues” combines those folk leanings with an almost Morrissey-like despondency. Age of Man wraps up with “First The Bad News,” which is the final reveal of the blending of all the sounds into a fascinatingly alluring psychedelic folk orchestral pop that seems to be cut from the same cloth as Bowie’s “Space Oddity.”

As twisted as the overall tale is, The Lonelyhearts show an uncanny story-telling ability, splendid phrasing and an intriguing and evolving mélange of genres that somehow makes it all come together.