Trending Stories from The Marquee
You are at:Home»Brian F. Johnson»This Will Destroy You Working on Secret Projects and Getting Ready for Return to Studio
By Marquee Magazine on March 1, 2016 Brian F. Johnson, Cover Story, Features, Interviews 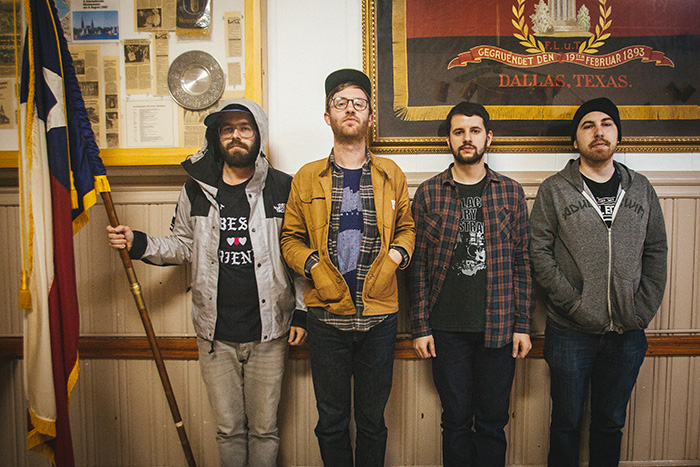 It was Instagram that saved This Will Destroy You’s last album.

The guitar-driven post-rock group was well on their way to wrapping up their 2014 album Another Language when all hell broke loose. “We lost our hard drive, our back-up hard drive was corrupted and I lost my laptop hard drive all in the same week,” explained guitarist and band co-founder Jeremy Galindo, during a recent interview with The Marquee. “We lost a lot of what we had recorded. Almost everything we had was on those drives. We had one or two days to re-write them from memory because none of us had mixes.”

Luckily though they were able to recall and recreate much of the tracks by memory, but there were some parts that just wouldn’t come back together. When every other method of brain-wracking was exhausted to recreate the tunes, the band members found one little ace up their sleeves. They had been shooting little Instagram Vines throughout the recording process — short little 7 to 10 second clips — and posting them on social media so friends, fans and family who weren’t there could follow along with their progress. It suddenly dawned on them, that one key transition on the song “New Topia,” which they hadn’t been able to recreate was on one of those clips. “It was one of those flukes that it was there,” Galindo said. “So we actually took an audio sample from the Instagram video and put it on the song and it made it on the album. We were really close to our deadline. We barely made it.”

While Galindo said that ultimately he thinks the songs came out better, when This Will Destroy You head to the studio later this year for the follow up to Another Language, the safe bet is that they will have more hard drives on hand than a Best Buy.

Galindo explained that the group is currently working on a score that they’re not allowed to talk about. “It’s really cool and exclusively for something that’s going on in L.A., and I can’t wait to talk about it and to show people how amazing it’s going to be, but I definitely can’t talk about it yet,” he said, before adding that it’s something which should happen in the next six months.

Frankly, Galindo is full of upcoming surprises that he can’t really talk about. He explained that This Will Destroy You has recorded a cover that will come out on Record Store Day, but that it hasn’t yet been announced what artist they’re covering. And Galindo — who recently made a social media post about selling his piano and is making preparations for a move to L.A. — said that another member of the band is also moving to Los Angeles, but they haven’t announced that yet, either. Oh, and the band will also be attempting to get an album out by the fall of 2016, but “more realistically” probably the spring of 2017 — and that’s a project Galindo can’t talk about because nothing has even been written for the album yet.

“How it normally works for us,” Galindo explained, “is that as soon as we find one song that really, really works, it’s easier for us to kind of build an album, not just necessarily around the sounds of the song, but stylistically and with the confidence that “Hey we wrote something we all like.”

Being on the same page is easier for This Will Destroy You these days. Galindo explained that back during the band’s Tunnel Blanket period in 2011, they had a crew that was constantly at each other’s throats, and on top of that, and not making matters any better, Galindo was hooked on opiates. “I was on a lot of opiates just trying to stay alive. Everybody has their vices, everybody has their thing. I’m definitely the worst out of the group, but luckily I made it out O.K. and it’s been about two and a half years since I’ve used any opiates,” he said. “I still love drugs. I still love alcohol and I would never take that away from anyone or myself, but I just can’t touch opiates anymore. I’m glad that chapter of my life is over.”

While that chapter is behind him, new chapters of life in L.A., and getting prepared to start work on the follow up to Another Language find Galindo with a relatively optimistic outlook, excited about what the next year has to offer — especially when it comes to working on the new album with everyone in a good headspace. “It’s pretty crazy how easy it is to write once everyone is in the zone,” he said.

This Will Destroy You