Trending Stories from The Marquee
You are at:Home»Cover Story»Béla Fleck the Virtuosic Banjo Master Gets Set to Perform His Second Concerto for Banjo
By Marquee Magazine on April 1, 2016 Cover Story, Features, Interviews, Sarah Baranauskas 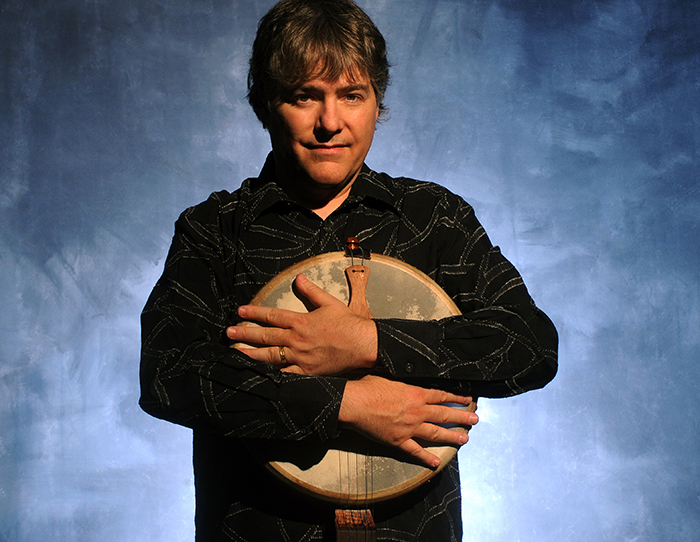 For an artist as perpetually eclectic and adventurous as Béla Fleck, performing with a symphony orchestra would seem like the epitome of a tightly controlled musical environment, especially when compared to the improvisationally rich live settings where he is often found. But Fleck said in fact that this isn’t the case. “The more people who are playing, the less control there is,” said the banjo virtuoso during a recent interview with The Marquee about his upcoming performance with the Colorado Symphony Orchestra.

“So I would say that playing with an orchestra is actually the least amount of control I can have. The fact that many of the musicians can’t hear each other across the stage, can’t hear me very well, have various levels of focus, and there’s a conductor who I need to follow as well — it can make for a very interesting experience. The main part that I have control of is the musical notes which I have written down, and my own playing,” Fleck said.

Over the first couple of days of April, Fleck will take the stage at Boettcher Concert Hall not only as a performer, but also as a composer. The capstone to the evening will be the regional debut of his second Concerto for Banjo and Orchestra, Juno. Named after Fleck’s son, the piece’s performance will be led by internationally-renowned conductor José Luis Gomez.

Although the idea of a composer as performer may seem novel, Gomez explains that this hearkens to the giants of classical music. “In the past it was very common,” Gomez said in his own interview with The Marquee. “If you look at the well known composers of classical music, such as Beethoven, Mozart or Schumann, most of them were also performers. So when they would perform a piece, they would know ahead of time how their instrument should sound. Working with Béla, we have the same kind of philosophy. He knows how things should sound more or less from the paper to the actual performance. Composers that only dedicate themselves to composition have a different approach in determining how the piece should be played to get a reaction from the audience. But, as a performer, Béla is directly part of that creative process,” Gomez said.

The orchestra and Fleck will only have three rehearsals to work with this creative process and, no doubt, the timetable provides its challenges. “It’s not a lot, and you must use the time well,” Fleck said. “If, for instance, you spend an hour working on getting one section correct, you might not have enough time to make the whole piece work.” In these rehearsals, Fleck uses a variety of approaches to convey his ideas about how the piece should sound. He may, for example, sing lines to demonstrate what he wants. But ultimately Fleck’s banjo playing becomes the sonic compass for the orchestra’s interpretation.

When it comes to the actual performance, Fleck compared it to a “tightly-scripted” play, versus the open conversation of musical improvisation. “With improvising you have great on-the-spot control, but you don’t have the time to think the thing through the way you can with a composed piece,” he reflected. “This new concerto took me much of a year to create. So I had time to try a million ideas, and choose my favorites. You don’t have that kind of time improvising, where your subconscious must make a lot of the choices.”

Fleck’s journeys in the world of classical composition have provided another lens with which to examine his larger artistic approach to the banjo. As he described, “It leads me to think more compositionally, and to see what my instrument does best, and not expect it to be what it isn’t. Writing for orchestra does teach you a lot about the characteristics of each instrument, and their identities.”

Likewise, an artist like Béla Fleck has much to bring to the classical genre. “Working with him is really appealing because he conveys different musical worlds,” Gomez said, describing the big picture. “At the end of the day, it’s just about making music. It’s not about saying, ‘Okay, this is a classical orchestra and we can only play Mozart.’ All these composers in the past had to find new ideas to work with, after all. So it’s always very interesting to welcome different sounds and different approaches to music.”

This melding of musical worlds couldn’t ask for a better setting than Colorado. A certain pioneering spirit can’t be completely chased out of the Rockies, and the state has accordingly been a long beloved musical stomping ground of Fleck’s from his New Grass Revival days through his long-standing presence at Telluride Bluegrass (which included a lauded performance with the CSO in 2014). So, as he puts it, “It makes sense that that strong [Colorado] connection would extend to the orchestra as well,” Fleck said. “And this orchestra is chock full of fabulous musicians, that play my music very, very well. I can’t wait to get there and dig in!”