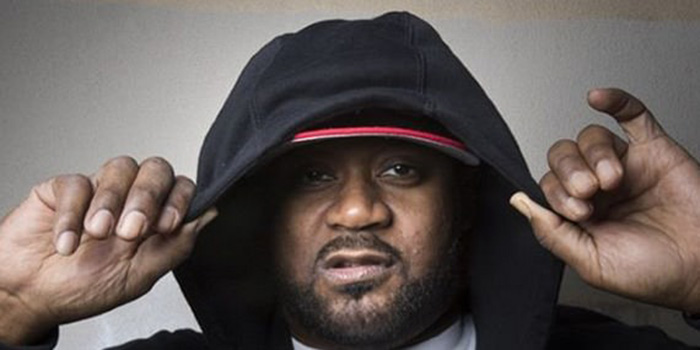 Martin Shkreli — the king of douchebaggery who raised his company’s AIDS medicine from $13.50 to $750 a pill — has been called “the most hated man in America.” But pretty soon, if Ghostface Killah has anything to do with it, Shkreli is also going to be known for an asinine waste of $2 million.

Shkreli, whose “Peter Pan ass” was recently charged with securities fraud, is the sole owner of the single copy of the Wu-Tang Clan’s latest album Once Upon A Time In Shaolin. The purchase brings with it a clause that it can not be commercially exploited for 88 years. But, during a recent interview with The Marquee Ghostface Killah — one of the original members of the Wu-Tang Clan — said that he’s fed up with the punk CEO and just to spite him he’s going to leak the album.

“Fuck that album, bro,” Ghostface told The Marquee. “Listen I don’t give a shit about that fucking record. I’m on new shit. I’m about to leak that album to the world. I’ma leak it. Tell Shkreli that.”

In January, Ghostface, who was born Dennis Coles but also goes by the moniker Tony Starks as a nod to the billionaire playboy and business magnate behind Iron Man, publicly called Shkreli out for being a “shithead” with his decisions to jack the price of the medication, and in a TMZ video said what everyone else had been saying. “You don’t do like that.” The statement soon turned the debate into a public pissing match, where Shkreli made several insulting comments to Ghostface, including calling him a non-profit rapper and saying that his voice had gotten “rusty AF,” and hilariously appearing in front of three masked “goons” which he claimed were harder than Ghosts’ goons.

Ghost shot back with a series of increasingly ludicrous videos, but soon realized that he was giving Shkreli exactly what he wanted — attention. So Ghost has taken a new approach, and is trying to steer clear of the controversy. “As soon as I say something I’m giving him attention. Fuck that,” he said.

He went on to explain that he has so many other things in the works that the argument isn’t even a thought to him anymore.

“You know, we got Doomstarks this year,” Ghostface said, referring to the long-awaited, highly hyped follow up collaboration between he and MF DOOM. The album has been rumored for some time, and in February Ghost posted a cartoon image of he and Doom on Twitter hinting that was the album artwork for the new release. Last year he had announced that it was slated to come out in February, but when The Marquee spoke to him in late March he said he wasn’t sure exactly when it would be out. “I mean, they got everything. I don’t have a time frame, but it’s supposed to be this year though,” he said. “It’s really, really close though. This is like the Pacquiao/Mayweather fight right here. It’s really, really close. You know what I mean? It’s like the ball is in Doom’s court for a minute. Whatever he doing, he doing, and I do my rap verses and things of that nature. I just waitin’ like everybody else.”

Ghostface Killah has also alleged that Super Clientele 2 will finally come out this year — a claim he’s been making since 2013, and an album that he’s been working on since 2010.

The delay is a recurring theme, not just for Ghostface Killah, but for many of the Wu-Tang-related projects. In 2014, when The Marquee interviewed Method Man and Redman about their 4/20 show, they said that Blackout 3 was just around the corner, ready to drop at any moment, and the album hasn’t yet seen the light of day. And Ghostface explained that despite the fact that we live in a world where beats can be made and shared instantly, handling all the legal work behind each release is more of a project than writing the record in many cases.

“You know back in the day with the labels, they just did that. You know what I’m sayin’? Now, we gots to,” Ghostface said. “And it’s a lot of leg work and preparation that you’ve gotta do. It ain’t as easy as it was a few years ago, you know? Everything’s got really, really rough.”

Tony Starks knows that it’s all just business though, and just like the advice that RZA and GZA gave during their hilarious “Wu-Tang Financial” sketch on the Chappelle Show, Starks has “diversified his bonds.”

Ghostface has teamed up with Killah Priest to produce Wu Goo, a flavored hash oil that Ghost has bragged “fucks with your mind like voodoo.” Right now Wu Goo is only available in California dispensaries, but Ghostface said they’re working on getting it in other markets as well. “We trying to get to Oregon and Colorado and stuff like that,” he said. “We’ve been out there and met with a few people and stuff like that, and things are looking bright and positive.” He added that in addition to the oils, he will also be producing flower in the near future.

Ghostface is going to need all the Wu Goo and flower he can handle in the coming weeks. He and fellow Wu-Tang member Raekwon, along with Method Man and Redman will all be performing “live band” sets around the 4/20 holiday in Colorado. Starting on 4/20 Eve (April 19) they will headline the 4/20 Eve on the Rocks show at Red Rocks Amphiteatre, and on 4/20 proper they will take over Cervantes’ Masterpiece Ballroom.