Trending Stories from The Marquee
You are at:Home»Album Reviews»In The Whale ‘Nate & Eric: Game Over’
By Marquee Magazine on April 1, 2016 Album Reviews, Brian F. Johnson 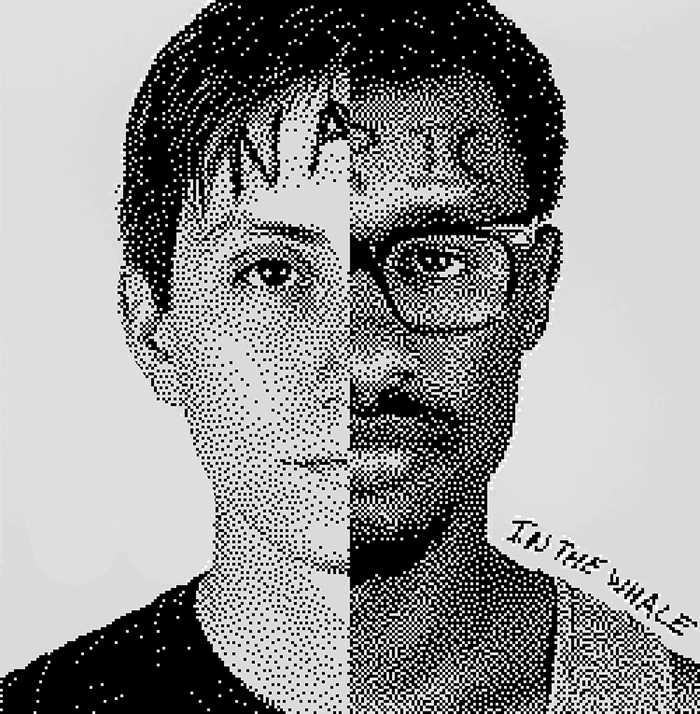 In The Whale sucks.

It’s the group’s tongue-in-cheek tag-line, as well as their website domain. But some people who seem to be threatened by the duo’s success have begun taking the phrase literally, personally attacking guitarist/vocalist Nate Valdez and drummer Eric Riley, calling their music out-dated and their voices weak. One group, starved for publicity, even went so far as to erroneously accuse In The Whale of being sexist, essentially starting a witch-hunt of the group in local traditional and social media.

The group’s response is their April Fool’s Day release  Nate & Eric: Game Over. Think the band’s punk rock music sucks for real? Think their vocals are lame? Well fear not, because Game Over features none of that. The album is a complete re-make of their critically acclaimed releases Eric (2013) and Nate (2014) featuring full Nintendo-styled 8-bit renditions of all the tracks. Gone are Valdez’s slick guitar riffs, and Riley’s demonic vocal accompaniments. It’s just the video game versions of the songs. And you know what? It’s still way better than some “serious” albums being released these days.

With Game Over — all at once — In The Whale pulls their friends close into their comedic genius and give a giant flyin’ middle finger to their naysayers.