Maggie Crossett, prodigal daughter of Lyons, came home for a visit – reason enough to pull together some local friends for a well-attended show at the Lyons Fork last night. She has spent the past 3 years in South Korea, teaching, exploring and recording new music.

The show was opened by Longmont acoustic duo Tilia Americana (Jeanne McAdara/vocals and Andy Koepel/guitar), who performed a set of all original music.

Maggie opened the second set on her own, performing some old favorites, new tunes and a fantastic cover of “Proud Mary.” She was soon joined by her previous “Rolling Home to You” band members, Andy Koepel (Tilia Americana) and Sean Flynn (Flynn and Co.), as well as Josh Elioseff (Zimmermans) on harp. They had the room on their feet with some old favorites, included a particularly well-done cover of The Civil Wars’ “Barton Hollow.” 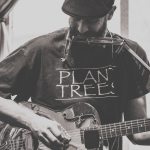 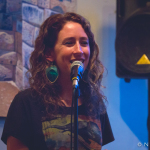 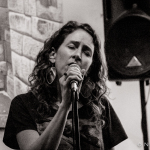 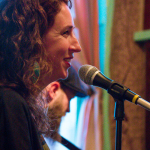 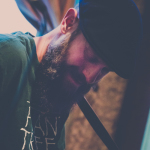 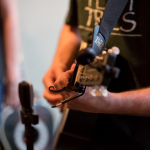 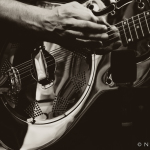 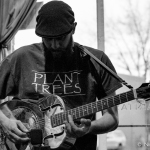 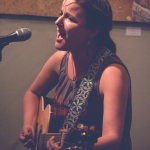 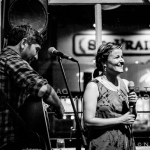 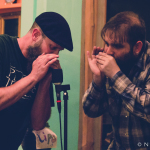 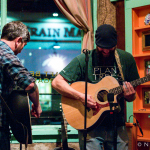 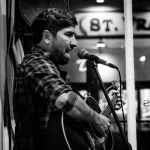 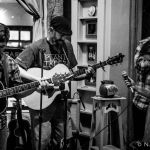 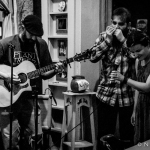 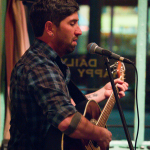 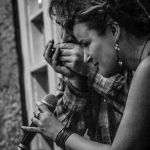 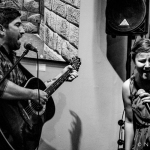 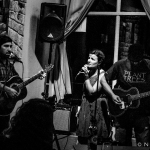 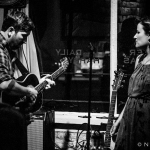 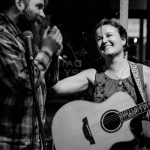 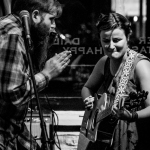 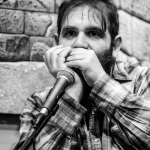 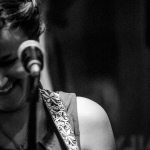 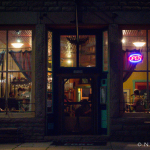 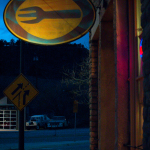 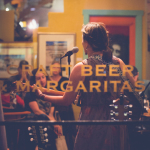