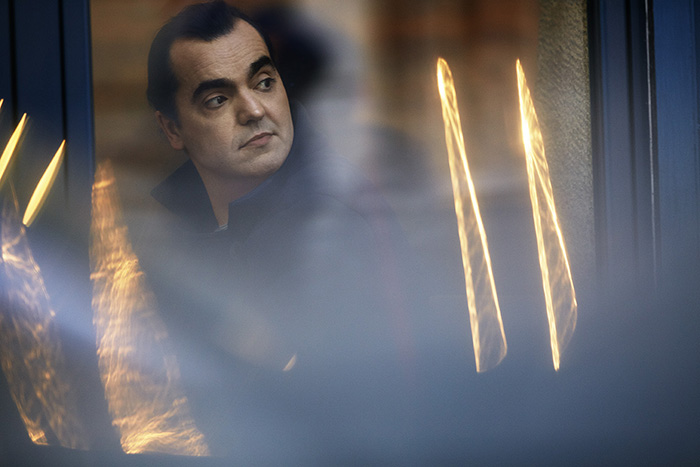 Eighty-nine concert goers gunned down in a crowded theater in the heart of one of the most beautiful and cosmopolitan cities in the world. It was unthinkable. It was horrific. And it was tragic. But, more than anything, it was a brutal invasion into the hearts and minds of so many who consider live music venues their churches and places of refuge.

When Paris was rocked by a coordinated terrorist attack that killed 130 people and injured another 368 last fall, the French city and Europe as a whole were devastated. While the attacks terrorized the Parisian culture by focusing on restaurants, cafés, and a stadium featuring an international soccer friendly between France and Germany, it was the music world that suffered the biggest losses when three gunmen entered the Bataclan Theatre and opened fire on 1,500 music fans attending a show by the Eagles of Death Metal. Just one night prior, French musician Ludovic Navarre, aka St. Germain, had performed a hometown set at the same theatre during a European tour supporting his first release in 15 years, eponymously titled St. Germain.

“Alias, my tour agent since 2000, is the Bataclan’s manager, so it was like playing at home,” Navarre said during a recent interview with The Marquee as he got ready for a show in New Zealand after an Australian tour. “On Friday, November 13th, we were playing in Zurich when we heard the terrible news at the end of the show. We felt incomprehension and sadness. We were also very worried for all the people we love in Paris.”

Navarre hadn’t toured in 10 years, so it was quite a shock for such an immense tragedy to strike so close to his physical and emotional home as he prepared for a world tour in support of a new project he had worked on for years. While the events in Paris sent a shockwave through the world, and a lightning bolt through the tightly knit music community, Navarre and his eight piece band decided to press on in the aftermath. “We continued the tour in Switzerland, in London, and all over Europe until early December. The entire European music world has been horrified and saddened by the events. We did moments of silence in Switzerland, Milan and London too.”

Those poignant moments fell amidst a set that incorporates songs from Tourist like “Rose Rouge,” “So Flute,” “Sure Thing,” and songs from the new album. For his part, Navarre described his role as “somewhere between composer and conductor, helping the musicians adapt to an electronic framework. We are eight onstage with instruments like kora, n’goni, guitar, bass, keyboards, flute, saxophone, drums and percussion. The mixing with different instrumentation is really amazing.”

Since the early ’90s Navarre has been blending live instrumentation and house music with astounding results and with the release of St. Germain last year he pushed the limits of what he had done in the past and picked up an African feel that betrayed the roots of American Blues. “After I released Tourist in 2000, I did around 250 shows around the world over a span of two and a half years. After that I needed to take a break from music,” Navarre said. “I produced an album for Soel, the trumpeter who plays on Tourist, and then I went back to the studio in 2006 with the same musicians. It was too European! I wiped everything. I started researching; taking a musical journey in my studio, from Nigeria to Ghana to Mali. Then I went back to the studio with new songs and roots musicians from Mali in 2011.”

While it would seem like a natural time for a world traveler like Navarre to venture into the depths of Africa, his journey didn’t take him there — at least not in person. “Unfortunately I didn’t go to Mali. I discovered the Hunters from Mali, their songs and instruments, on the internet. Malian hunters sing with a soft voice in hypnotical loops like those used in electronic music. I really wanted more traditional sounds and musicians playing traditional instruments. I was looking for a roots sound. Two singers on this album come from this tradition of music: Adama Coulibaly on ‘Family Tree,’ and Zoumana Tereta on ‘How Dare You.’”

The resulting record is a masterpiece that takes the listener on a journey from the clubs of Paris to the deserts of Africa. Navarre even works a sample of legendary Texas bluesman Lightnin’ Hopkins into the mix on the album’s first single “Real Blues.” “Lightnin’ Hopkins has been one of my favorite blues artists for a long time, along with John Lee Hooker,” he explained. “I think there are two kinds of blues. One comes from Africa and one from the U.S. I try to mix the two in the song ‘How Dare You,’ which is on this record.”

Whether he is blending genres, mining other musical traditions, or performing live, in the end for Navarre, it’s about the music and the peace that it brings to so many. Though he didn’t discount the significance of the Paris terrorist attacks on the global psyche for one second, he scoffed at the idea that the nature of the attacks had changed the way that he feels about getting up on stage. “Music is for the soul! There is no change,” he said defiantly. “I’d like to thank the public for coming out to see these gigs and taking a soft pause from this crazy world.”