Trending Stories from The Marquee
You are at:Home»Features»Telluride Blues & Brews Festival
By Marquee Magazine on May 1, 2016 Features, Festival Coverage, festival-issue 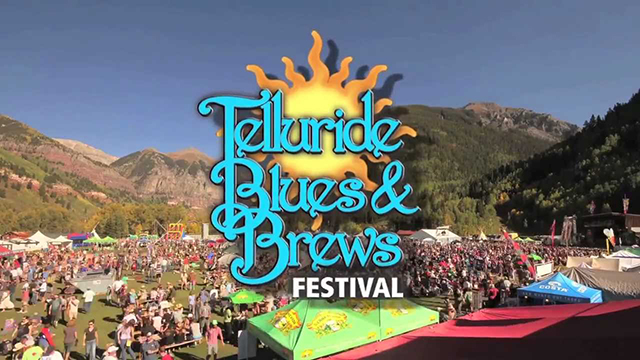 The musical lineup may not have been announced yet for 2016 but the list of beers participating in Saturday’s Grand Tasting is staggering. Fifty-six breweries pouring over 170 of the country’s top beers can almost at times compete with the music. Blues and Brews is the ultimate casual festival by day, (how could it not be with all of that day-drinking) and the juke joint shows in town in the evening are legendary.

Unlike Telluride Bluegrass, tickets are easily attainable without perfect karma or high-up connections. In recent years, acts like Buddy Guy, Willie Nelson, The Black Crowes, and many others have headlined, and though this year’s lineup is still a mystery, fans can expect names of the same caliber to appear.