Trending Stories from The Marquee
You are at:Home»Cover Story»Gramatik Collaborates With Raekwon and Gets Set For Another Headlining Show at Red Rocks
By Marquee Magazine on June 1, 2016 Cover Story, Features, Interviews, Timothy Dwenger 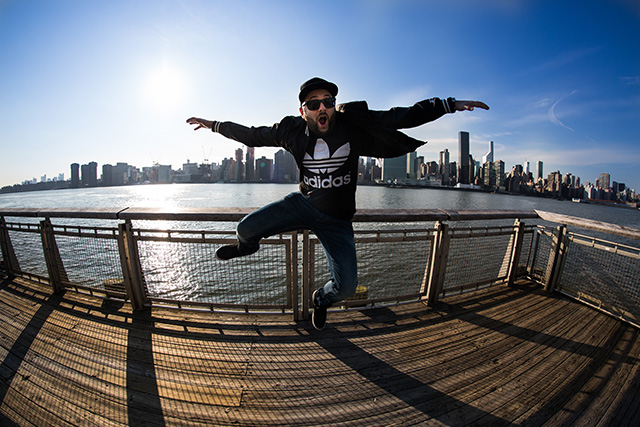 The business model has shifted. It used to be shocking when an artist would offer an album up for free. But in a day and age when music is consistently being devalued, whether it via torrent sites, streaming services, or a variety of other means of essentially stealing art from musicians, some artists are thriving precisely because of their free offerings.

In the electronic community major artists like Pretty Lights and Denis Jašarević, who performs as Gramatik (and was on Pretty Lights label for years), both offer their music for free and sell-out huge venues around the world.

“Free isn’t a concept that works for everyone,” Jašarević said during a recent interview with The Marquee from his home in New York as he prepared for a wild summer on the road. “If you’re a multi-piece band that needs instruments, studio time, and proper engineers, then it is definitely not for you. But, if your instrument is your computer in your living room then you have to be really misinformed or greedy. Of course there are huge acts and DJs that only sell music and they’re now millionaires, but how much money do you need? And when your whole artistry is subjugated to profit, artistry is no more, you’re a gun for hire to entertain and it has little to do with your ability to produce or create original art. I sit at home, I make music in my room, and the only costs I have are the programs, plugins and the rent. You would be surprised how many people still donate, buy or stream even though my music is available for free. Free is just an option, people can still access my music through all the platforms that stream or sell music and those numbers are high.”

While they are high today, they weren’t when Jašarević appeared on the scene in 2008 with the laid-back, loungy sound that dominated Street Bangerz Vol. 1. While the album had some definite hip-hop influences, it was equally influenced by jazz, funk and blues, giving it a unique feel that appealed to fans of innovative downtempo and trip-hop sounds. As he has evolved as an artist, Jašarević’s sound has progressively gotten harder and more influenced by dubstep and glitch hop while still retaining a few of the hallmarks of his early days.

“Every person or artist goes through personal growth and the more you know and learn, the more you want to put that knowledge into your life or art. If you don’t go through that process you’re a psychopath; you know, being fine with doing the same thing you’ve been doing for the past ten-plus years,” Jašarević said. “My first record came out eight years ago. Imagine trying to be a world class dancer with the first moves you learned when you were kid. It doesn’t work like that; every artist needs to grow as a person and needs to update their art, it’s the most basic evolution of an artist there is. I don’t listen to my old beats to get inspired, I listen to contemporary and old music and I try to create my own sound. I like to develop my sounds and skills more, and the result is the music I produce these days.”

Gramatik’s most recent album, Epigram, clearly follows this methodology. While it still showcases guitar licks, piano fills, and horn lines that are reminiscent of his earlier work, the record also features pounding beats, filling-rattling bass, and BPM counts designed to whip huge crowds into a frenzy. The album also features a break from his sampling tradition as Jašarević opted for several guest artists, including Orlando Napier, ProbCause, and Wu-Tang Clan’s Raekwon who all wrote and recorded their own lyrics for Epigram.

“I worked with Leo Napier on my previous album so, for me, this was a logical step forward. I also worked with ProbCause before and wanted to include him and more vocalists on my album,” explained Jašarević. “I used to make beats intended for rappers so I never had any say as to who would use them and where they were released. For Epigram I needed that control so I invited a couple of vocalists and rappers. They all did an awesome job. Every one of these guests gave my album that extra flavor.”

It’s easy to hear in his music that Jašarević grew up as an avid fan of hip-hop, and Wu-Tang Clan was near the top of his list, so when a song he was working on needed a rap verse he took a leap and reached out to the legendary Wu-Tang member Raekwon. While Raekwon liked the song and decided to do the verse, it didn’t go down as Jašarević’s 15 year-old self might have imagined it. “In the age of the internet, file sharing, and digital producing, unfortunately there’s few less romantic stories,” he admitted. “Our managers got in touch and I sent him a song. He liked it and he went in a studio and recorded his verse and sent it back. We first met in person at Coachella where we performed together, had a few laughs, and that was it. I could tell you a different story but this is the truth. I still crossed it off my bucket list.”

Another thing Gramatik got to cross off the bucket list three years ago was headlining Red Rocks and, from the sounds of it, that might have been a bigger deal than working with a Wu-Tang member. “I’ve toured a lot, I’ve seen places and venues around the world and honestly Red Rocks is definitely the best venue I’ve ever played. I’m very grateful that the people of Colorado took me as one of their own and continue to allow me to have a yearly experience at this magical place. We’ve been through some good times and some bad – Blizzmatik last year was a huge ordeal but people stuck through it and this year redemption is in order.”

Cool, Share this article: Twitter Facebook Google+ Pinterest LinkedIn Tumblr Email
Previous ArticleSteve Kimock Enters His ‘Fourth Quarter’ With the Most Intimate Recording of His Career
Next Article Sam Beam & Jesca Hoop Go Beyond the Duet Single With a Full Album of Collaborations