Trending Stories from The Marquee
You are at:Home»Album Reviews»The Outfit
By Marquee Magazine on June 1, 2016 Album Reviews, Brian F. Johnson 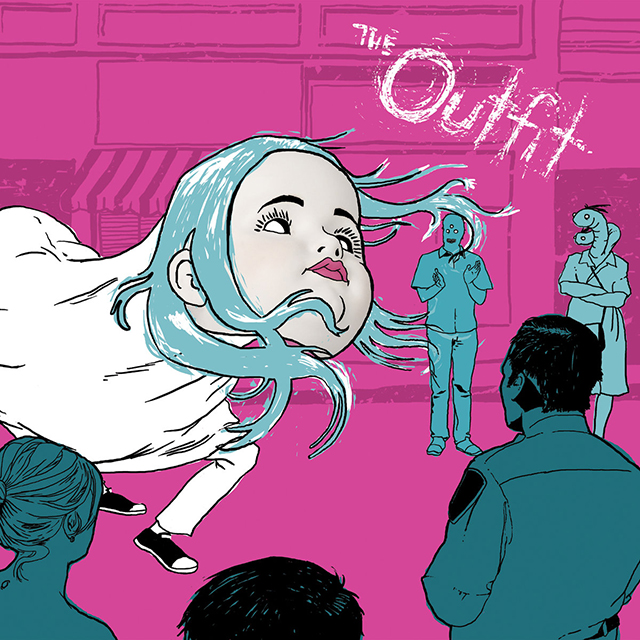 It’s not all raucous speed-freak snappy power-pop. There’s a moment at the beginning of “TLJ” where the group almost sounds like vocalized post rock for about a minute. But almost every other minute on the self-titled debut LP is sharp, frantic, Denver-styled pop rock.

While The Outfit has been around for several years now and played tons of shows they’ve only released an EP and some singles to date, so The Outfit serves as an official declaration of “we’re here” for the group that consists of guitarist/vocalist Eric Johnson, vocalist bassist, Mike King, guitarist Mikael Kilates and drummer RJ Powers.

A couple of songs like “Station Wagon Apocalypse” have been kicking around for a while now but packaged alongside the entire collection here, the tracks don’t sound as if they’ve been sitting under the warming lights for too long. There’s a freshness and crispness to the LP that the EPs didn’t previously allow.

In 2014, when The Outfit released their double-single 7” Station Wagon Apocalypse/Tyrannosaurus Surfboard, The Marquee said that the band had mastered the artful concept of “be excellent and then be gone.” The new album shows that the group is more than a bunch of two-pump chumps and that their staying power might be significantly longer than even they had imagined.