Trending Stories from The Marquee
You are at:Home»Album Reviews»Codename: Carter
By Marquee Magazine on July 1, 2016 Album Reviews, Brian F. Johnson 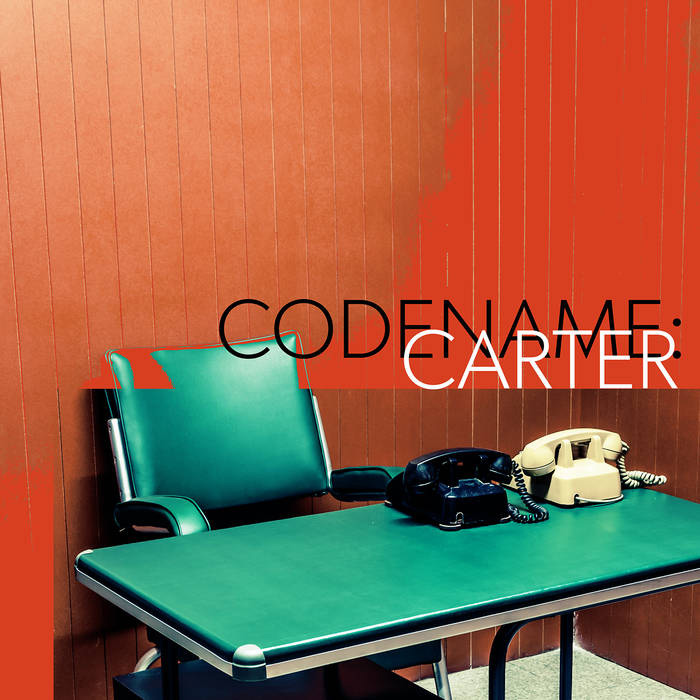 Denver’s Codename: Carter self-titled new release could have easily accompanied the 1965 James Bond film “Thunderball” — the Sean Connery one with the underwater speargun battle. The nostalgic spy rock aesthetics of Codename: Carter are an immediate portal back to the reverb-heavy guitars, Rhoades piano and horn accompaniment of classic 1960s secret agent films. The tracks could only be more authentic sounding if they were matched with looped background video footage of speeding, silver Aston-Martin DB5’s zooming along a coastline. But as soon as the band sets the stage for the tracks, they also begin to play with the jazz-heavy genre. Midway through “The Heist” they launch into an almost Jane’s Addiction-like vocal that amps the tempo and drama of the song. “Disappearance Four” breaks its rolling cadence with a percussive side-step that finds the Rhoades dancing over the beat. “Muhamat’s Vault” ads a twangy sitar and a hollow baritone guitar sound that gives a spaghetti western flavor coupled with Dick Dale-like riffs.  And “Time Bomb” sounds like it hopped off the classic arcade game Spy Hunter, until it skids into a vocal-forward narrative, and like the entire album, is a solid mix of old and new sounds working together.