Trending Stories from The Marquee
You are at:Home»Brian F. Johnson»Paper Bird: A new band after 10 years
By Marquee Magazine on July 31, 2016 Brian F. Johnson, Features, Interviews 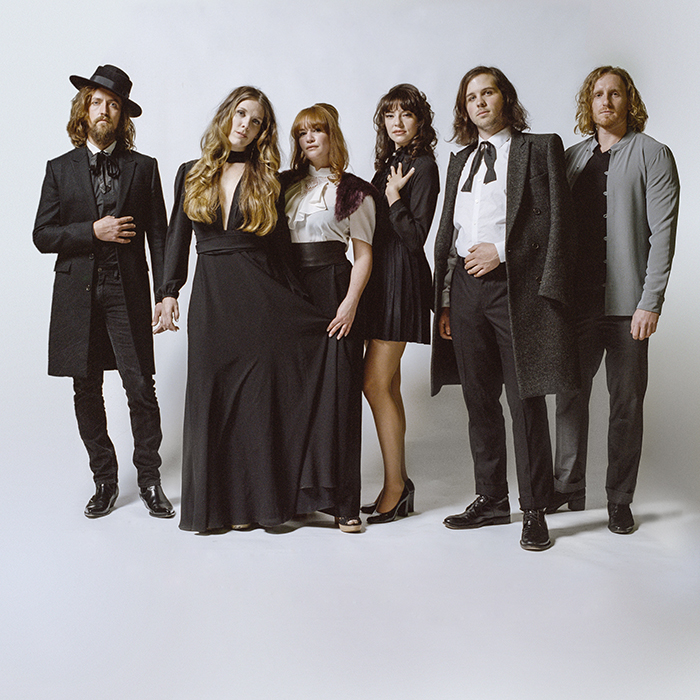 Denver’s Paper Bird has been around for a decade, but in 2016 Paper Bird is a brand new band. Much like the housing market that finds old homes being stripped down to one or two original walls and being rebuilt, the band has done the same. Their foundation is original, some of their interior walls are the same, but almost everything else has been remodeled, re-designed, retro-fitted, refined and repackaged.

So in early September, when the band releases their eponymous album via Thirty Tigers, the record will almost seem like a debut, despite the fact that it’s been 10 years in the making and the band has put out four previous releases.

“Shortly after that last album [2013’s Rooms] we started writing the next one and over the course of a year and half we lost Macon [Terry] and Esmé [Patterson],” explained guitarist and band co-founder Paul DeHaven during a recent interview with The Marquee. “When Macon left — he was the bass player — we considered a new bass player, but decided that we wanted to streamline the process a little bit and see what would happen if we changed the instrumentation a little bit and got rid of the banjo — not that we didn’t like it, but it always seemed to pigeon hole us a little bit into people thinking we were a bluegrass band and it always made things sound folkier than we intended to. I don’t know, we just started really rocking a lot more and really enjoying that. It felt really good.”

Almost as immediately as Terry and Patterson left the band, DeHaven had the idea that his friend, vocalist Carleigh Aikins of the Toronto band Bahamas, who had an extensive resume, would be a good fit for the group.

“Macon left, Esmé left and then we were a five piece for a bit until Carleigh came in and she was the angel of glue. She didn’t make everything perfect, but it was a really serendipitous thing where she just ended her time with Bahamas, and we were looking for a new singer that was willing to work with a bunch of weirdos and share the spotlight and not focus solely on the ego but on the group and the group-mind and group-think and she was there and ready to do it.

Aikins added “I had this reserve of songs that I had been writing for the past few years with Paul. He and I had already developed a rapport of long distance music sharing. We had met a couple years earlier and hit it off and started a long-distance songwriting/sharing relationship. So I already felt comfortable to do that, to present myself and my material. Everybody was in that mode. Because the band wanted to shed anything that they had been doing in the past and just start from scratch, so that process began very rapidly, which is not to say it was seamless off the bat but there was an air of ‘Let’s make this a whole new thing.’”

The ‘whole new thing’ turned out to be a monstrous undertaking as the band and all of its members put everything on the table, and took what DeHaven referred to as a slower, more patient approach to the record. The band considered everything, from songs that were nearly completed to pieces and parts that weren’t even fully developed ideas. Since they have a studio in their Evergreen home they were able to demo many of the ideas and they took them to their colleagues and friends for advice and input. The band had never co-written with anyone outside of the core group, but through an unlikely friendship with John Oates, who splits his time in Colorado, Paper Bird ended up having not only the song writing assistance but the production of the man who had a hand in writing 10 number one records and over 20 Top 40 hits during his illustrious career.

Paper Bird is a rich album of nonchalant elegance. From the Scott McCormick photographed album cover — a misty black and white that gives nods to Fleetwood Mac’s Rumors — to the electric and soulful delivery of all six members, the record has somehow retained the character of the original incarnation, while completely restructuring it and taking great leaps forward. With tracks like the groovy opening “To The Light,” and the Seventies rock sound of “Limitless,” the band shows time and time again its newly discovered power, while still consistently coming back to their harmony-filled roots with an astounding grace.

Even more astounding than the band’s grace was the pace with which the group found their path. “Because of the transitional period we were all in and trying to figure out what sort of direction we were going in, things kind of fell into our laps for everyone, certainly,” Aikins said. “But for me, it was pretty wild — I mean, first of all taking a chance and entering into this already established group of people was scary enough. It was kind of a risk, but I wasn’t that frightened, and for it to all unfold so quickly, it was like, O.K. we’re doing things right or there’s something here and it was just kind of reassuring in a way that we should be moving forward together.”

Before the release of the new record, Paper Bird will play a series of shows around the state this month, including a special show that they’re looking forward to — a Mash-Up with the Colorado Music Festival orchestra. “I’m getting emotional just thinking about it right now,” said Aikins. “But thinking of writing ‘Don’t Want Half’ all sad after my break up —plunking it out on the piano, just playing like three chords — and then imagining it being interpreted with an orchestra it’s just insane. It’s a total dream come true and those are the crazy things about entering into this band. To be like, ‘How lucky am I to just join this band and we’re playing with an orchestra because they’ve done all this work with Esmé and Macon and all the other past members to build up to this point?’ I just feel really grateful for this lineage in history that allowed me to reap the benefits of all the hard work they’ve done over the past 10 years. I feel so very fortunate.”