Trending Stories from The Marquee
You are at:Home»Album Reviews»Sugar Skulls & Marigolds – Blood Moon
By Marquee Magazine on July 31, 2016 Album Reviews 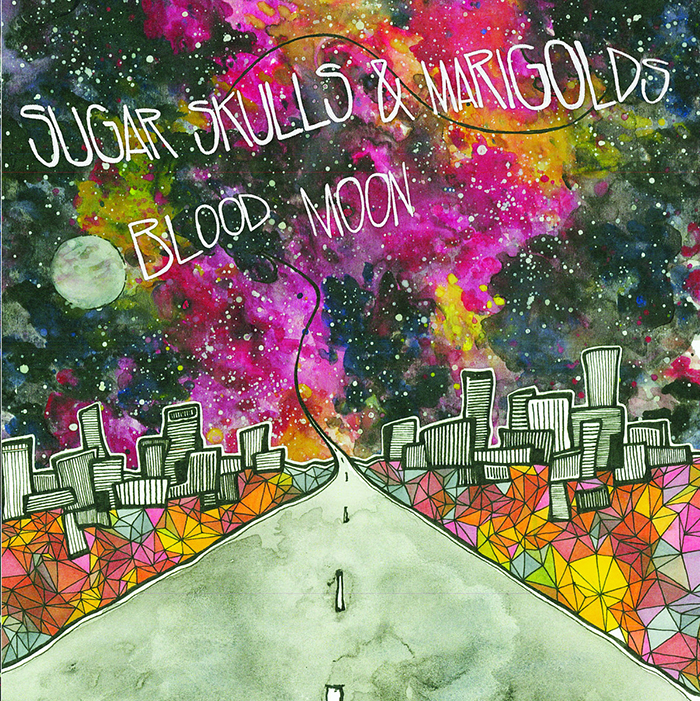 With an astronomical level of power for only a two-piece, the riff-heavy all instrumental sludge group of brothers Danny (guitar) and Andrew (drums) Aranow have amassed a gargantuan heap of atmospheric metal with only two people and in only three songs. From the blistering Nirvana-like opening of “Kung Pow!” the brothers absolutely throttle their instruments with fervor. Danny has rigged his set up to play guitar and bass lines at the same time, much like Nate Valdez does in Denver’s In The Whale. In fact, a lot of Blood Moon could easily sit alongside the In The Whale catalog — just as easily as it could amidst the psychedelic rock of instrumentalists Earthless, the math rock of 65daysofstatic or the post metal of Pelican. But the duo — which claim to not even be too familiar with many other bands in their genre — show a dexterity and proficiency with the material that they hit an almost spiritual exploration on their six-and-a-half minute barn burner “The Beast.”