Trending Stories from The Marquee
You are at:Home»Cover Story»Inside the ‘Messy’ Artistic Mind of a 21st Century Artist and an Outside-the-Box Thinker and Doer
By Marquee Magazine on September 1, 2016 Cover Story, Features, Interviews, Sarah Baranauskas 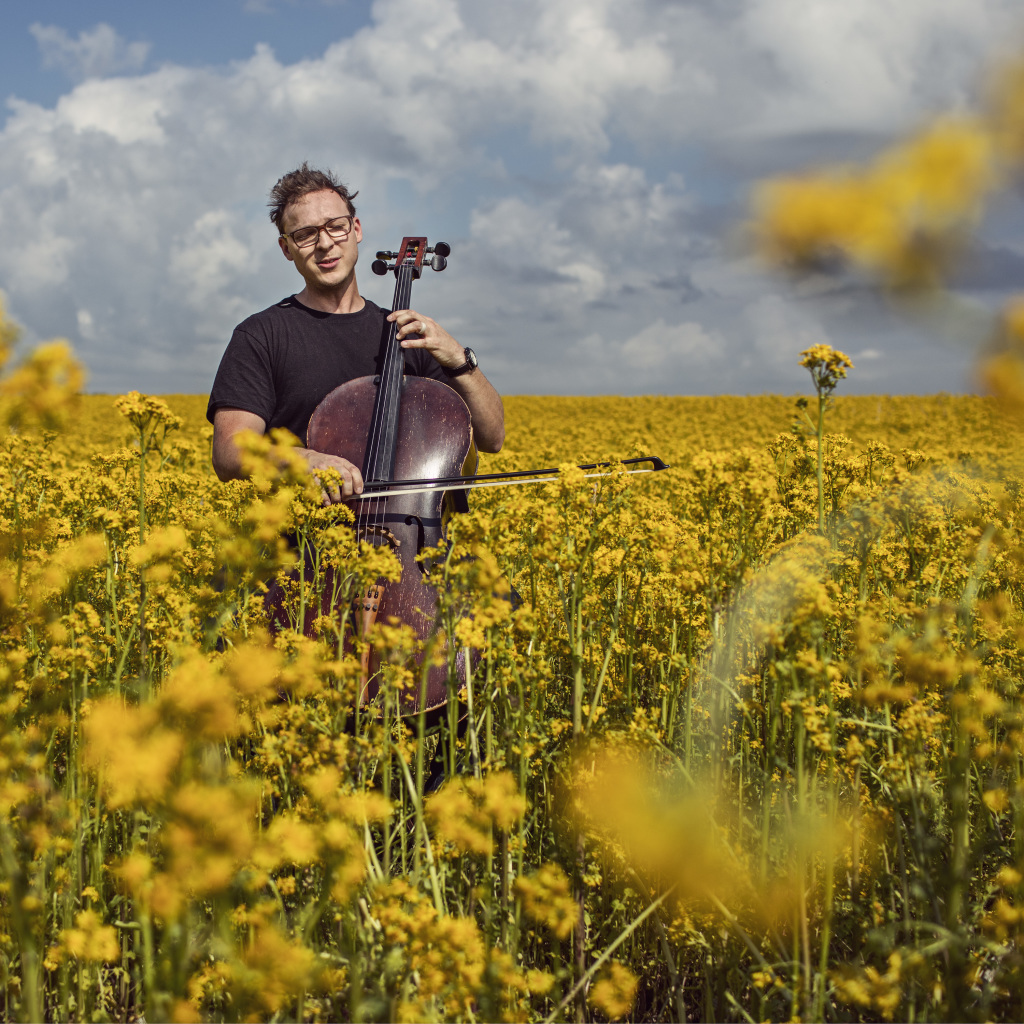 “I’m bad at addressing the idea of compartmentalizing,” said Ben Sollee during a recent interview with The Marquee. “I’m a very associative thinker and a very extroverted person, so I love to collaborate and work with different people. At the end of the day, I find myself doing lots of different things that are diverse, broad, and messy. They make it really exciting to create. It also makes [my projects]really exciting for the audiences that find them. But it also makes it really challenging to promote these projects because they aren’t clean, simple stories about a breakup record or a new rock and roll band. They’re really messy. But that’s how I think art actually is, it’s messy. It’s only in hindsight that it gets a more clear focus.”

Sollee spoke from the passenger seat while stuck in Seattle traffic, wrapping up a run of shows with his long-time percussionist and collaborator Jordon Ellis. He said he was looking forward to getting off the road and back to his family. But he also spoke excitedly about his myriad of projects, from his forays into virtual reality apps, environmental art installations, high-tech live stage productions, documentary soundtracks and ballets, as well as his unique approach to releasing songs (the three song, multi-part Steeples releases being the latest example). He also discussed his plans for touring and recording in the fall, and that he’s working on another Ditch the Van Tour, which saw Sollee and his crew tour from gig to gig on pedal power.

Sollee’s diverse resume doesn’t speak to some sort of artistic commitment phobia. Instead, it speaks to a true pioneering spirit and dedication to navigating the unique challenges of being a 21st Century artist. “I don’t think that being a musician means just playing an instrument or just singing anymore. It’s a social media platform, it’s a story to be told, it’s incorporating technology. I think the product as we look forward to the future is a more holistic thing,” he said. “I like projects that offer me the opportunity to mix styles and create something new. A lot of times, creating something quote-unquote ‘new’ these days means incorporating technology in some meaningful way. So my latest experiments, whether that means writing for ballet or film or music apps, incorporate VR [virtual reality]concepts and interactive technologies. I feel like music at its core is a social artform, and that has been lost in the commercialization of music. There’s a big opportunity, as we move forward into virtual reality, ambisonic audio, and interactive environments, to gain that social interaction back as musicians and as audiences.”

Earlier this year, Sollee scored and performed in a live stage production of the children’s classic Harold and the Purple Crayon in Louisville, Kentucky, during which kids in the audience were given tablets to draw pictures and create soundscapes to interact with the story. Currently, visitors to Lexington can check out Livestream, an interactive art installation that “sonifies” groundwater data in the bluegrass state, a project that also draws on Sollee’s commitment to environmental activism. Then there’s Vanishing Point, a virtual reality game in which players take a ride on a vehicle called the Orbomotive and fully submerge into a surreal musical adventure land.

Sollee’s interest in VR was sparked by a meeting with owner of Woodpenny Games Pat King, who attended one of Sollee’s shows. Sollee had originally commissioned King to design a wooden board game for him and and his family but, during that process, Sollee discovered King’s professional focus was designing video games — and he was “itching” to do some work with VR.

“My interest came from being a little bit of a nerd,” Sollee recalled. “Maybe a lot of nerd. But also from seeing Fantasia when I was young. It was an immersive experience and it was the industry’s first commercial use of stereoscopic recording in theaters. They re-recorded all of these great orchestra pieces that before had only been recorded in mono so they could take them around to their special theaters and show them in their immersive stereo sound environment.”

“Of course now we’ve moved stereo to almost as good as it can get,” Sollee continued. “We’re moving into a different era of sound possibilities. Not to compare myself to Walt Disney — in any way — but  I thought it was an interesting concept, and we have technology to start exploring this concept. I think, as an independent musician, it’s important for little guys like me to explore it as much as huge production studios. Because, if you just leave it to huge production studios, you might only get what big funders are willing to fund.”

Switching to the live music environment, Sollee will be touring Colorado this fall with Ellis, bassist John Poww,  and vocalist Scott Smith, who Sollee first heard singing in the crowd during one of Sollee’s shows (“He’s totally pro, he just hasn’t been on the road before. It’s his first time past the Mississippi but he has no inhibitions about it”). Sollee is also opening up for Elephant Revival for dates later in the fall. The Elephant Revival shows have put plans for another “Ditch the Van Tour” temporarily on hold, but there will most likely be another bike tour announced in the coming months.

Sollee will also be heading back into the studio to record a string band album. As expected, Sollee will not simply recreate the past with imagined nostalgia: “The beginning of bluegrass was total rock and roll. It was these random instruments and players coming together to pick that developed this high energy style of playing and singing. It was a mixture of gypsy jazz, rock-and-roll, gospel and old time music. You threw all that stuff together to make bluegrass, but now that tradition has slowed. I like to think that this is an opportunity to really embody that tradition, as well as think, ‘What if we incorporated all the things that are around us today?’ “

No matter the project, Sollee credits his generous audience, hard-working team (“They are willing to go down these rabbit holes with me”) and supportive family for allowing him to keep blazing his own unique trail. He also emphasizes that we are all poised to enter the present day creative conversation. As he reflected, “If you have those three things [supporters, a crew, and an understanding family] really the only other thing that’s stopping you is maybe money and your own fear of doing things. Because with today’s technology and the connections you can make with people there’s really no reason to not be creating whatever you think of.”

Cool, Share this article: Twitter Facebook Google+ Pinterest LinkedIn Tumblr Email
Previous ArticleCON BRIO: How Tragedy Fueled the Birth of One of Today’s Most Positive Sounds
Next Article With the Whole Gang Back Home the Denver Legends Release ‘The Commandments According to SCAC’