Trending Stories from The Marquee
You are at:Home»Album Reviews»Gipsy Moon ‘Sticks and Stones’
By Marquee Magazine on October 1, 2016 Album Reviews, Brian F. Johnson 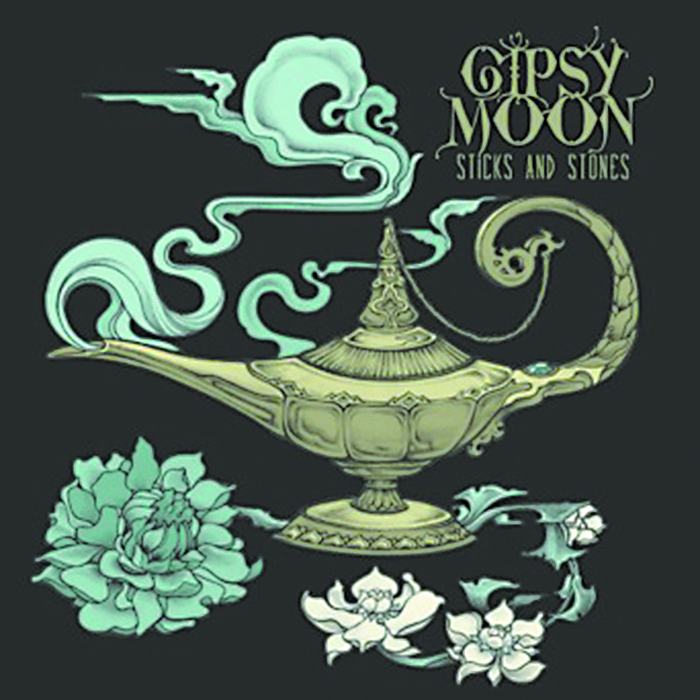 Gipsy Moon was born among the bluegrass-rich hills of Boulder County and took root early on around that scene, even though their music was always decidedly different. While the quartet still wield mostly bluegrass instrumentation on their latest album Sticks and Stones they make nary a nod to their embryonic influences, and take further steps to focus much more on the “gipsy” part of their name.

The move is on the same trajectory that the group originally set into motion with 2014’s EvenTide and followed with 2015’s Autumn’s Retreat — each album stepping further and further away from bluegrass  influences in favor of more jazzy, eclectic and ultimately more worldly sounds.

Sticks and Stones places the cello work of Andrew Conley much more at the center of the group’s sound, as he attacks the cello with much the same flair as a bohemian fiddle player. The interplay between Conley and mandolin player Silas Herman is sublime with both of them effortlessly wrapping interwoven musical vines around one another’s arrangements. Vocalist Mackenzie Page takes leaps forward with her vocal performance on Sticks and Stones, holding court over a slew of accompaniment provided by special guests. Andy Thorn of Leftover Salmon rips banjo on “Greatest Gift,” and Railroad Earth’s Andy Goessling adds a graceful clarinet part to “Devil In Mind.” The Tim Carbone-produced album features some percussion and vocals by the gray-haired wizard, as well as accordion by Damian Calcagne, which completes the texture of the Eastern European lilt of “Rain Song.”

Sticks and Stones takes listeners on a culturally and melodically rich journey and casts a wandering, nomadic path that dances back and forth across the gipsy folk genre.