Trending Stories from The Marquee
You are at:Home»Album Reviews»Khemmis ‘Hunted’
By Marquee Magazine on October 1, 2016 Album Reviews, Brian F. Johnson 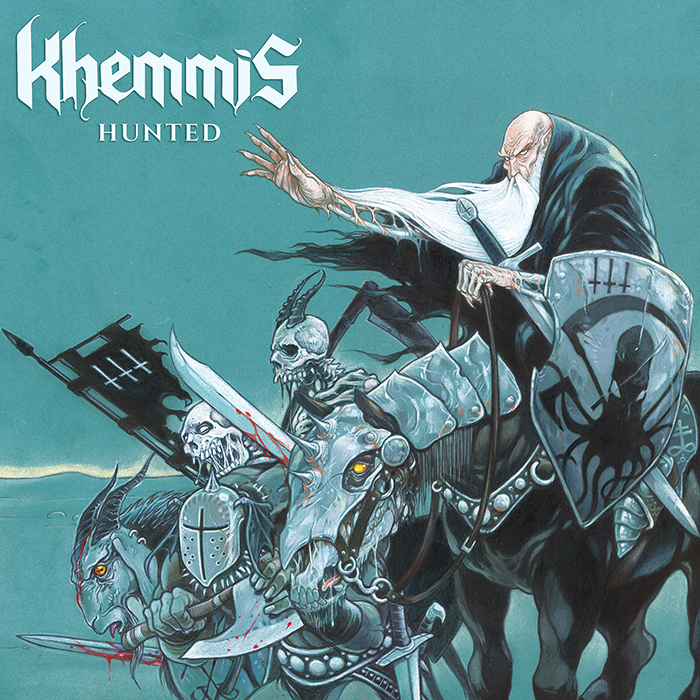 Hunted is what the Orcs from “Lord of the Rings” would have listened to before heading into their epic battles. The sludgy, melodic and triumphant record from Denver doom gods, albeit relative newcomers, Khemmis, is the group’s second release in as many years and may put the band on top of the genre’s mountain — one band to rule them all.

This tremendously weighty slab of metal comes just one year after their debut Absolution took them from simple Mile High ass-kickers and catapulted them into a national spotlight which included being #9 on Decibel’s annual Top 40 Albums of the Year list of 2015.

Recorded at Denver’s Flatline Audio with Dave Otero, Hunted achieves LP status in only five songs, thanks to epically–long tracks, the shortest of which clocks in at just over six-and-a-half minutes. The massive grand valleys within which those Herculean songs exist gives the band monumental amounts of space to tell tremendous and majestic metal tales.

Taking cues from contemporaries like Mastodon, The Sword and Sleep and mixing it with classic influences like Sabbath and Thin Lizzy, Khemmis, just like those epic Orc battles, ebbs and flows from marching, to throttling, to barbaric overload — much of it in slow-mo bliss. And while there’s always the underlying strength of the band’s playing throughout Hunted — even a few places with harsh demonic vocals — Khemmis also reveals moments of incredible delicacy. The 13-and-a-half minute title track is a journey that makes Frodo and Sam’s sojourn look like an easy afternoon stroll in comparison, but also includes a psychedelic dream sequence around the nine-minute mark that showcases scrupulous arrangements with extraordinary rendering.

Side note: The artwork for the album was illustrated by Sam Turner, the house artist for TRVE Brewing, who is sponsoring the album release party, where the group will play the album in its entirety.