Trending Stories from The Marquee
You are at:Home»Cover Story»Nancy Whang the LCD Soundsystem Keyboardist and Vocalist Waxes About Wax as She Preps for DJ Set in Denver
By Marquee Magazine on October 1, 2016 Cover Story, Features, Interviews, Sarah Baranauskas 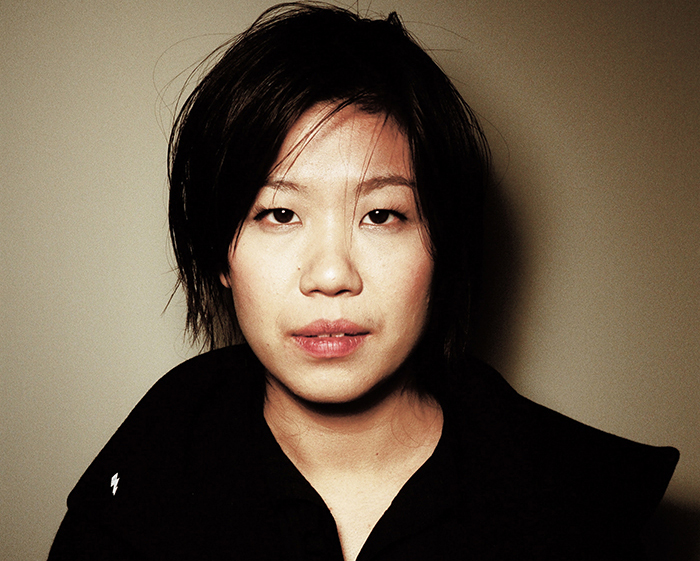 An influential early player in the DFA Records scene, Nancy Whang is best known for her work in LCD Soundsystem, as well as her role in shaping The Juan MacClean into a fully-fledged electro duo. As a much-loved musical colleague, she has also been featured on tracks for Soulwax, Holy Ghost!, Munk, Shit Robot and Classixx, marking her as one of the key voices of the alternative dance music landscape.

The reformation of LCD Soundsystem earlier this year was met with cries of joy and gratitude, especially for those who can’t help but bring their irksome brains and bleeding hearts to the dancefloor. But the time away was fruitful for Whang. On top of her collaborations and band projects, she found herself honing her craft as a DJ. After LCD’s unforgettable two night stand at Red Rocks this summer, Front Range audiences will now get a chance to spend a more intimate evening with Whang, where she will share her musical influences, interests and discoveries during a DJ set at Ophelia’s Electric Soapbox. The Marquee spoke to Whang, on the phone from the urban bustle of New York, about her upcoming DJ gig, diving into this often-underappreciated artform.

“DJing is really about the music and has nothing to do with what I’m doing as a performer,” Whang said, contrasting her approach to playing with a live band versus a DJ set. “I’m presenting this music in context with other music to create a set. For the audience, it’s about having an experience with the people in your immediate vicinity. It doesn’t have anything to do with me, necessarily. Whereas with playing live there is more of an exchange between what’s happening on stage and the audience.”

“Although there is some interaction because I do see what’s happening in the audience and how people are responding to what I’m playing,” she reflected. “So I try and react to that as much as I can with the records that I have.”

When approaching the turntables, Whang doesn’t plan out her sets beforehand to allow for this responsive approach. “I pretty much decide what I’ll play while I’m DJing,” she explained. “But I definitely have records that I always play, although those change as time goes by. I’ll get new records and I’ll play those for a few months, and then rotate it out. There are some songs that are staples in my set. But, for the most part, I play whatever feels like it makes sense.”

Whang uses vinyl from her extensive collection, as well as digital tracks from a USB stick, during her sets. Despite the proliferation of technological tricks and tools for the DJ, she still prefers vinyl, although it does provide logistical challenges. “I keep thinking I’ll get rid of the records all together because they are heavy,” she said with a laugh. “And they get worn out. I try to reduce the number of records that I carry. But, when I buy music, I buy it on vinyl. I can’t always find what I want digitally. In terms of being a DJ, you can find more interesting stuff on records. Plus I just like buying records. It’s fun for me.”

Whang has built her record collection, which leans heavily on disco, through pursuing her own passion for the genre and its various evolutions, as well as drawing on the recommendations of her friends. But she’s a big believer in the old school thrill and satisfaction that can only come from flipping through the crates at a great record store. “If it’s a good record store, you can start with something that you like – like a certain artist, genre or label — and they will have recommendations from there,” she said. “Or even just by exploring the bin with the records that you want. Just check out the stuff that’s in there, pull it out and see if you like it.”

As a teenager in Portland, Oregon, Whang had punk roots. “My musical history and personality primarily revolved around punk and post-punk,” she recalled. “That kind of music resonates with me the most because that was when I started really paying attention. That was when I started finding stuff and picking out the bands that I wanted to listen to. That was my identity.”

“But lately I’ve been thinking about the music that was just in my life, that was playing on the radio and on MTV,” she further reflected. “When I was really young I was absorbing it without really thinking about it. Like a lot of early ’80s R&B, like Janet Jackson. Control was a record I didn’t think about at the time, but I now realize had a big influence on me. Or Jimmy Jam and the New Jack Swing of the early ’90s, stuff like Bell Biv DeVoe. It was not something I had thought about consciously but it is something that has been influential. Especially when I think about the people I collaborate with and the people I make music with — they’re not making punk records. So that punk background doesn’t necessarily get called up now, but when I think about the music that was on the air when I was in my pre-teens, I can hear how that really comes out in the way that I make music.”