Trending Stories from The Marquee
You are at:Home»Album Reviews»Post Paradise ‘Bring It To Life (Side B)’
By Marquee Magazine on October 1, 2016 Album Reviews, Brian F. Johnson 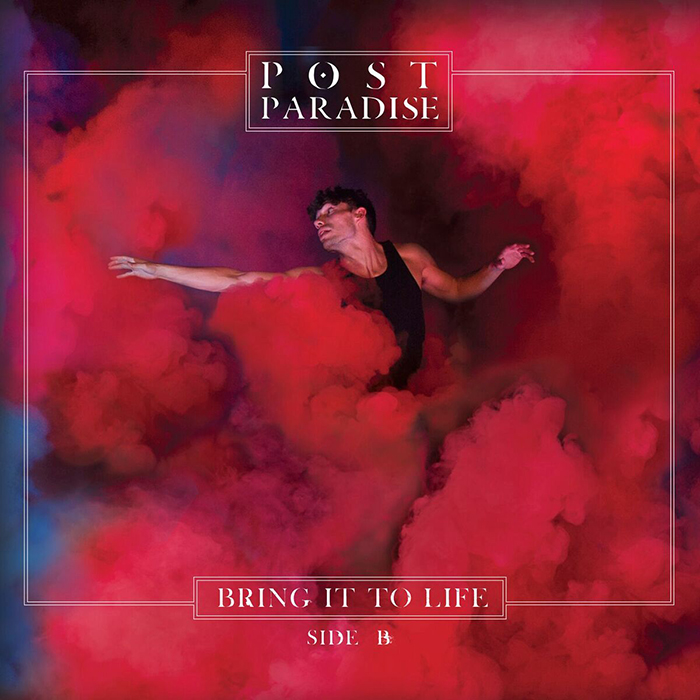 Bring It To Life (Side B)

A year ago, Fort Collins’ Post Paradise released the first installment of this two-part series Bring It To Life. Now with (Side B) the entire 12-song full length project is revealed and with it a greater depth and understanding of the modern alternative power pop of the quartet.

As The Marquee stated in its review of the first segment, Post Paradise focuses on restraint, and the slow dolling out of this LP over a year-long period and two releases, is a true testament to that.

On this edition, the band also continues on the path that they set forth on (Side A)  by being reserved in revealing the aces up their sleeves. The band doesn’t come full force with guitarist Nick Duarte’s vocals at the center, nor do they inundate listeners with Amy Morgan’s deft cello work from the beginning. Instead, with calculated precision, they reveal these gems one at a time, which keeps listeners continually engaged throughout the six, punchy tracks.