Trending Stories from The Marquee
You are at:Home»Cover Story»Beats Antique Puts its Own Spin on a Musical Language That it Continually Studies and Broadens
By Marquee Magazine on November 1, 2016 Cover Story, Features, Interviews, Sarah Baranauskas 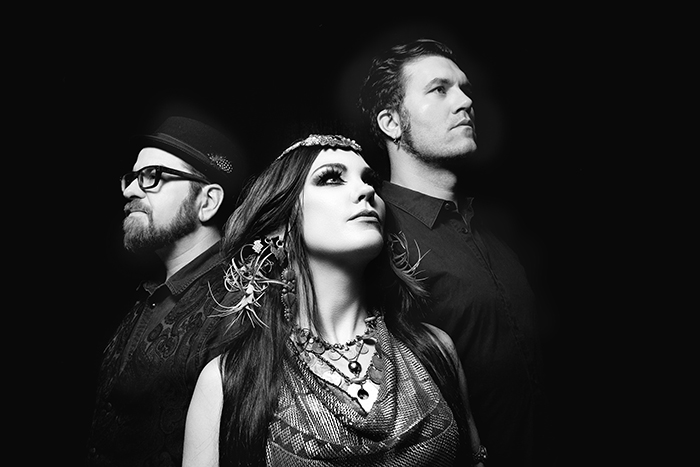 Beats Antique have been melding the sounds of the current EDM scene with the sonic landscapes of the globe for a decade. But what sets the trio of Sidecar Tommy Cappel, David Satori and Zoe Jakes apart isn’t just the diversity of their musical influences, or their shared roles as producers and composers in crafting it. It’s also in their studiously immersive and respectfully inspired approach to the cultures where they find their inspiration.

“I think it’s how you go about making the music that brings respect to it,” Satori reflected, on the phone with The Marquee before the band’s set at the LEAF festival in North Carolina. “A lot of people have a style where they will just sample a Middle Eastern musician, for example. But we’re actually writing and recording our music. So we’re not just taking the folk songs — we’re writing new melodies inspired by the folk music and traditional songs we’ve studied. We’re putting our own spin on it and using our own musical language.”

“I think to pay respect to those cultures means putting the time in to listen, study and honor [their art],” Satori continued. “We also do a lot of collaborations with musicians from these places. If they are interested in working with us that feels like the validation that we need to continue. But I think it’s also a matter of the intention behind it. If the intention is good, it usually works.”

From Jakes’ deep study of Indian, Middle Eastern and IndoFusion dance (to name a few examples) to Satori’s teachers both at home (“I had a teacher from Eastern Europe that taught with a lot of traditional folk songs,” he explained) and his travels abroad, the resumes of all three members of Beats Antique point to the conscious curiousness that marks the difference between travelers and tourists.

This is certainly evidenced by the band’s stellar latest album Shadowbox (released on their own record label). While the album was produced in their Oakland studio/performance space/storefront, notable tracks draw on musical connections captured while the band was touring Europe and the Middle East a couple of years ago.

In Moscow, the band found themselves entranced by their local host/show promoter’s dinner soundtrack. He put them in touch with the vocalist, Tatyana Kalmykova, and soon after the band found themselves in on an adventurous late night journey through the industrial outskirts of Moscow, a journey that led them to a lovely Hare Krishna-run studio tucked away in the concrete sprawl, to record some tracks with the singer. You can hear Kalmykova’s haunting vocals on “Three Sisters,” the opening track of Shadowbox.

The same tour took the band to Tel Aviv. Again, they connected with a group of local musicians, led by Israeli musician and singer/songwriter Talya Solan. This collaboration featured a mix of players from both Israel and Lebanon, and comes to fruition in “Le Refuge.” The two vocalists — one singing in French and one singing in Arabic — ask for peace over a fluttering beat with rich instrumentation.

But the band dives deep into the musical traditions closer to home as well. They have a long history of collaboration with multi-generational New Orleans jazz giants Preservation Hall Jazz Band. This stretches back to meeting Ben Jaffe, PHJB member and director of Preservation Hall itself, at Burning Man in the early days of Beats Antique. Jaffe became a fan, and later that year invited them to play at Preservation Hall after their set at VooDoo Fest. The friendship between the two bands has resulted in several recordings, most of which remain unreleased (for now), except for Shadowbox’s jaunty “Let It All Go,” a call to shake off whatever is weighing you down and holding you back.

The limitless creativity and artistic freedom of Burning Man, which Satori cites as a driving force for Beats Antique even when they are playing far from Black Rock City, also led them to the artists of Hybycozo from East Oakland. The band was familiar with their striking lantern installations from the festival, and reached out to them to craft the set design for the Shadowbox tour. Beats Antique is marked by their visually creative presentation, which centers on the choreography of Jakes, and this latest approach, which utilizes relatively simple and low tech elements, is no exception.

“We’re playing with the drama of light and dark” Satori said, describing the stage show they have crafted for their tour this fall. “This is something people have been doing for years in various artistic settings. We’re trying to bring an old school, analog look into the high tech craziness that the EDM world is absorbed in right now. Just to remind people that sometimes a flashlight and a hand or a spinning lantern casting shadows can be just as entertaining as hundreds of LED screens.”

No matter where Beats Antique find themselves, whether it’s at their Oakland home base, a late night in NOLA’s Preservation Hall, the streets of Tel Aviv, or a dining room in Moscow, they strive to build genuine connections.

“An artist has an opportunity to inspire positivity in people’s lives and remind them that we’re all in this together,” Satori reflected. “We look at ourselves as bridge builders between cultures together that don’t usually get along. Like the U.S. and Russia, the U.S. and the Middle East, or Israel and Palestine. We’re going to those places, not to take political sides, but to take the side that we love the culture and we love the people. We’re trying to take people out of that political perspective so they can recognize these rich, deep and beautiful cultures — and that the people there don’t always agree with the politics of their country. Just reminding people that we’re all human. We’re trying to get back to that human element.”