Trending Stories from The Marquee
You are at:Home»Cover Story»After cooling their jets for much of 2016, the Denver R&B party group Fox Street is throwing one last hurrah
By Marquee Magazine on November 30, 2016 Cover Story, Features, Interviews, Timothy Dwenger 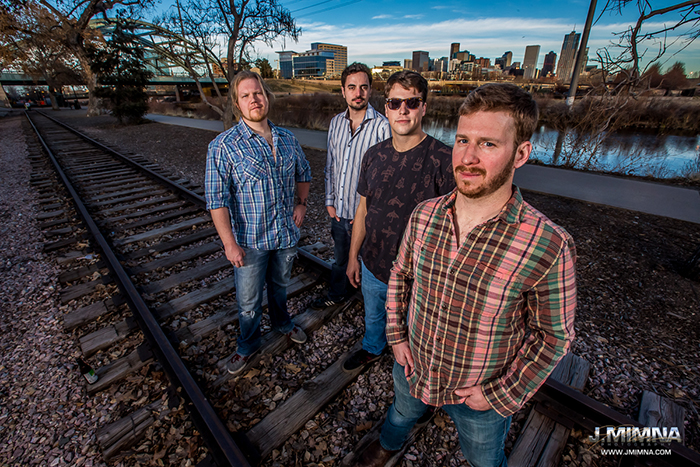 When Robbie Robertson of The Band said “you can’t press your luck, the road has taken a lot of the great ones… it’s a goddamn impossible way of life” at the end of Martin Scorsese’s The Last Waltz, he eloquently put into words the age old problem that has haunted bands since the very first rock and rollers hit the road to earn a living. Whether it’s substance abuse, musical differences, close quarters, or financial woes; whatever the “reason,” there isn’t a band out there that hasn’t felt the rigors of the road. In reality, very few bands actually “make it.” Some try to push through and end up going down in flames, others stick with it for the almighty dollar and end up hating each other, and some pull the ripcord to salvage their lives, their friendships, and their musical legacy.

Denver’s own Fox Street has been missing from the scene for much of 2016. From the way lead singer and guitarist Jonathan “Skippy” Huvard tells it, things were pretty close to over for the R&B and blues saturated party band earlier this year, before level heads and the significance of the long-time friendships at the core of the band may have saved things in the nick of time.

“The last few tours we got sent on were just not great and they were really just such a distraction from the things we loved about being in a band together,” said Huvard during a recent conversation with The Marquee as he prepared for Thanksgiving at his parents’ home in Houston. “When you can’t stand each other it’s hard to put on a really good show. I don’t wanna be dramatic, but that’s how I felt at least and I don’t want to speak for anyone, but it was totally obvious what was happening.”

While it’s clear that things had been rough for a while, the breaking point came this past January when Fox Street was booked into The Gothic Theatre down on South Broadway for their annual Whiskey Social. “Fox Street was in the weird place of ‘are we local or are we national,’” explained Huvard.  “In the end, we’re local when it comes to Denver. When you think of Fox Street you think of Herb’s, you think of a local band. So goin’ out and paying $20 for a ticket way down at the Gothic is not something many people are gonna do. So that was tough on us. We slayed the show, but it just felt like goin’ through the motions. We had gotten really good at goin’ through the motions. No one really wanted to be there. It just kinda got thrown at us and we lost control of the show and we tried to do this whole Allen Toussaint thing and there was so much pent up frustration that we couldn’t even really put that shit together without everything regressing into arguments and stress.”

In the days after the show the core three band members, Huvard, guitarist James Dumm, and drummer Eric Low, spent some time searching their souls. “I went out to California for a week and got on a conference call with Eric and James and those dudes and we were like ‘let’s sell the van — someone wants to tour bless their hearts — let’s sell them our shit, see what happens, and not even plan to do Fox Street at all. That was kinda where we left it in January,” he admitted.

In the months that followed, the future of Fox Street hung on a very thin thread as members pursued their own projects around town, but when Huvard and Low traveled to Columbia to celebrate a friend’s wedding, the air started to clear. “The first night we got down there we were just partying our assess off and it all kinda came out and we kinda cleared the shit and we were like ‘Well let’s try and book a show, just one Fox Street show because we put all this time in and we put all this energy in and let’s at least try to keep the brand name up locally in Denver,’” he revealed.  “Then Scott Campbell at AEG turned around and said ‘Well how about a two night run at The Bluebird for New Year’s?’ and we were like ‘What?’ We never in a million years thought they would ask us to do that.”

Never ones to shy away from a challenge, the Fox Street boys turned their attention to rounding out the bill and figuring out how to turn this windfall into one of the best parties of the year. It didn’t take long for them to tap their friends in YAMN and Tiger Party to join in and perform Daft Punk and LCD Soundsystem sets respectively, and following suit, they invented a costume of sorts for themselves and are billing the New Year’s Eve show as “Fox Street Does Boogie Nights and Blow.”

While big plans are on the table to round out 2016, Huvard doesn’t have many expectations for the future of the band. “With Fox Street, we are just taking it one gig at a time because it’s more fun this way. It’s like we are in a garage band again. We are having fun playing through our old songs and figuring out how to reinvent them a little bit and make them fresh for us again. If it’s fresh for us, everyone else is going to enjoy it,” he said. “When we are sitting around and playing it’s coming pretty easy and that just goes to show that bands never really die, they are like viruses they just lay dormant for a while and then they resurge when you least expect them to. It’s not a farewell run, it’s more of a regroup; a celebration. We made it this far and despite it all we are still headlining two nights in one of the premiere music towns, in one of the premiere music venues, on the biggest going out nights of the year.”