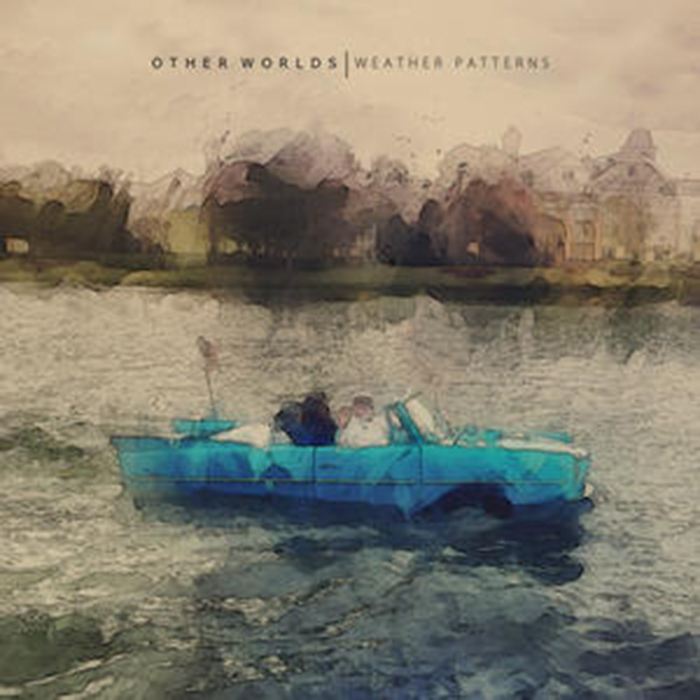 Two years in the making, the Denver group Other Worlds was only relatively recently named. The musicians, who had all been involved in other projects were under an oath to not speak a word about the project. Jonah Wisneski (formerly of The Whales) on vocals and guitar; drummer Alex Johnson and keyboardist Phil Johnson of Jet Edison; King Cardinal’s Ben Waligoske on guitar and pedal steel; and The Whales bassist and Emerson Recordings engineer Logan Muckler, all kept their collective traps shut throughout the writing and recording process of ‘Secret Band.’ They didn’t share a note with anyone. Fueled by a love of the latter releases of Wilco and My Morning Jacket, in addition to a fascination with the studio wizardry of The Beatles, the quintet built a band, a sound and an album that is at once poppy, rocking, triumphant, psychedelic and brimming with Americana. Weather Patterns artwork features a watercolor painting of the short-lived Amphicar boat/automobile concept. The vehicle was known to sway, both in the waves and on the road, and in that regard it’s a perfect conceptualization of the music contained within. While there are a wealth of powerful tracks on the album Other Worlds gently rolls between them, gracefully, sometimes slowly even, but with delicacy, not force. The band spent two years to craft their sound and aren’t in any hurry to present it, instead the songwriting allows it to simply unfold and reveal the other worldly concept of Other Worlds.