Trending Stories from The Marquee
You are at:Home»Album Reviews»Paper Bird
By Marquee Magazine on November 30, 2016 Album Reviews, Brian F. Johnson 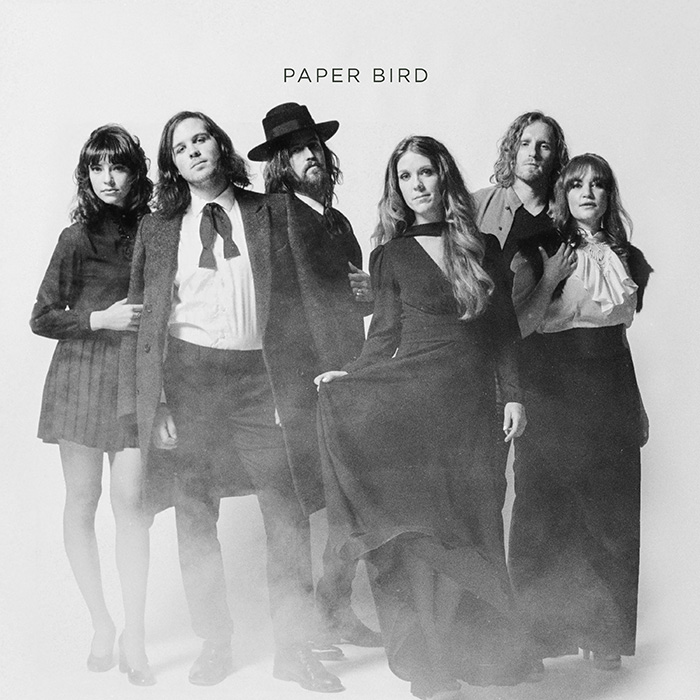 Denver’s Paper Bird put out its eponymous album in September on Thirty Tigers. Ten years in the making, the album is the group’s first since the departure of former vocalist Esmé Patterson — who was replaced by Toronto singer Carleigh Aikins — and the exit of bassist Macon Terry. The Marquee reported in August that the group’s foundation is still the original and some of their interior walls are the same, but almost everything else has been remodeled, re-designed, retro-fitted, refined and repackaged.

For the album Paper Bird considered everything, from songs that were nearly completed to pieces and parts that weren’t even fully developed ideas. Since they have a studio in their Evergreen home they were able to demo many of the ideas and they took them to their colleagues and friends for advice and input. The band had never co-written with anyone outside of the core group, but through an unlikely friendship with John Oates, who splits his time in Colorado, Paper Bird ended up having not only the song writing assistance but the production of the man who had a hand in writing 10 number one records and over 20 Top 40 hits during his illustrious career.

Paper Bird is a rich album of nonchalant elegance. From the Scott McCormick photographed album cover — a misty black and white that gives nods to Fleetwood Mac’s Rumors — to the electric and soulful delivery of all six members, the record has somehow retained the character of the original incarnation, while completely restructuring it and taking great leaps forward. With tracks like the groovy opening “To The Light,” and the Seventies rock sound of “Limitless,” the band shows time and time again its newly discovered power, while still consistently coming back to their harmony-filled roots with an astounding grace.