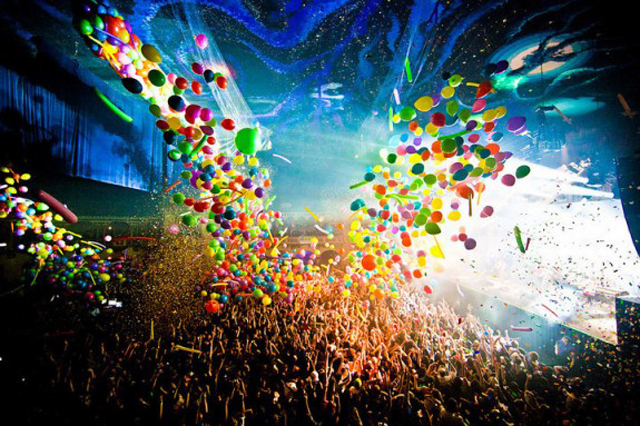 By Ryan Hanlon and Kelsey Foster

CLICK HERE For Colorado’s most complete listing of all concerts happening on New Year’s Eve visit our calendar. 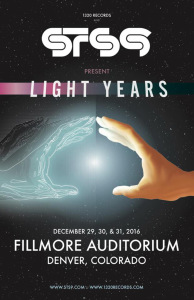 STS9
The Fillmore Auditorium
Dec. 29 – 31
Returning to America after a five night run at the Dominican Holidaze festival, electronic rock pioneers STS9 will keep the party going with a three-night long New Year’s Eve celebration at the Fillmore Auditorium. The group has been touring their most recent album, released this past September, marking their first full-length studio album in nearly seven years. The Universe Within represents quite a landmark for the nearly two decade old band, being not only the first album to feature bassist Alana Rocklin, but also marking their highest chart position to date, debuting at #1 on both iTunes and Amazon as well as reaching #2 on the Billboard Dance/Electronic chart. 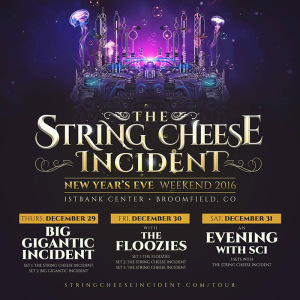 The String Cheese Incident
1STBANK Center
Dec. 29 – 31
2016 saw The String Cheese Incident focused on Sound Lab, a project geared toward building a creative hub where they could gather, record and release new material to fans in a more streamlined fashion. SCI Sound Lab released its first volume earlier this year. Cheese will perform their fourth annual New Year’s Eve extravaganza at the 1STBANK Center in Broomfield, starting things off on the 29th with Big Gigantic for a collaborative incident, and on the 30th they’ll be joined by electric duo The Floozies. NYE will feature three sets of Cheese. 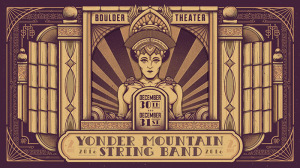 Yonder Mountain String Band
Boulder Theater
Dec. 30 – 31
Yonder Mountain String Band returns home for their annual Boulder Theater run. Yonder will be joined on the 30th by Colorado locals The Railsplitters but will have the 31st all to themselves. YMSB has been pushing the boundaries of bluegrass for nearly two decades. 2014 proved to be a transitional year for the band, with the departure of Jeff Austin and the addition of both mandolin player Jake Jolliff and fiddler Allie Krall, both of whom officially joined the band in 2015. 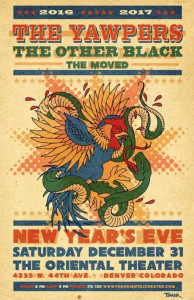 The Yawpers
The Oriental Theater
Dec. 31
One of the rawest, roudiest, hardests bands to ever strap on acoustic guitars, Denver’s The Yawpers wear their collective, beaten, and tar-riddled hearts on their cut-off sleeves. The group landed an astounding deal with Bloodshot Records at 2015’s SXSW and released their debut American Man later that year. While the group’s earlier material had more of a ‘let’s get drunk and party’ style, the group’s latest songs go much deeper into the American psyche, even though they still feel as raw and party-minded as their previous work. 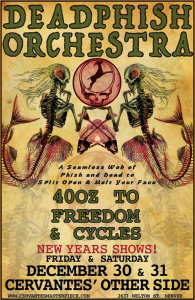 Deadphish Orchestra
Cervantes’ Other Side
Dec. 30 – 31
Deadphish Orchestra has proven themselves to be the quintessential jam tribute band. Seamlessly merging the music of jam godfather’s The Grateful Dead with the new age jam sound of Phish into one large medley is no easy task, but that’s not how DPO would make it seem. Getting their start here in Denver the quartet has united the two pillars of jam with live mash-ups of their songs and sets since 2009. They will be joined on the 30th by Sublime tribute band 40 Oz. to Freedom and on New Years proper by Cycles. 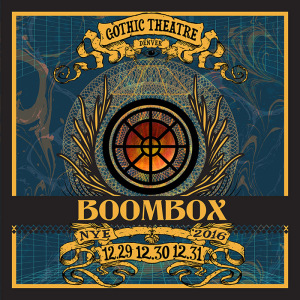 Boombox
Gothic Theater
Dec. 29 – 31
Electronic-rock duo BoomBox, comprised of Zion Rock Godchaux and Russ Randolph, released their latest EP Bits & Pieces in January of this year. The new album allowed the duo to showcase their perfect blend of vintage rock riffs with a funky backbeat, but despite the recent release these shows will be the last time Godchaux and Randolph play together. Starting in January of 2017, Russ Randolph will no longer be a part of Boombox, the group announced in mid-November. They said they have chosen to “amicably separate” and explore new sounds,” and while Godhcaux has said on social media that Boombox will continue, this New Year’s run will be Boombox’s last in this incarnation. 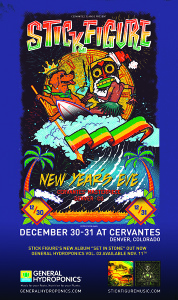 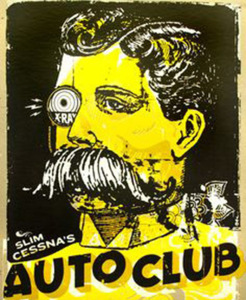 Slim Cessna’s Auto Club
3 Kings Tavern
Dec. 30 and 31
One of Denver’s most enduring acts, Slim Cessna’s Auto Club has all of its members back in the Mile High and this year, on their new label SCACUnincorporated, the group released The Commandments According to SCAC. The album, which features some of the Auto Club’s most delicate work of their 24-year plus career, was named in this issue as one of the top Colorado albums of 2016. 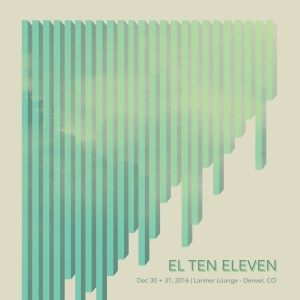 The power duo experimental rock group that says volumes without any lyrics have released six full-length albums over their 14-year career. This past summer the math rock, post-rock, L.A.-based group, named after the Lockheed L-1011 airliner, made their Red Rocks debut. The band, which concluded a large tour in November, also released their MixTape 001, a collection of rareities and unreleased material, earlier this year. 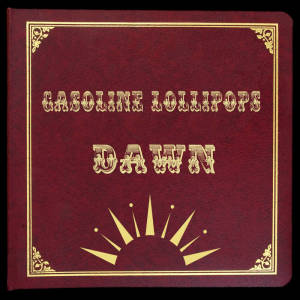 Gasoline Lollipops – winner of Westword‘s 2016 award for Best Country Artist – is a Colorado band that combines the sincerity of dirt-floor folk with the rebelliousness of punk. The group, who’s core is a quartet, but often performs as a five, and sometimes six-piece, is just a few months shy of releasing their upcoming album Resurrection, which is due out in mid-February. 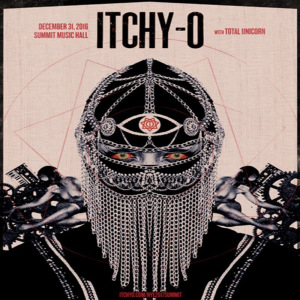 Itchy-O
Summit Music Hall
Dec. 31
With a driving drum corps battery, Taiko drummers, an arsenal of electronics including synthesizers, theremin, vocoders, and many other special devices, Itchy-O is a throbbing 32-piece percusssion-centered electronic performance band that has been described as sophisticatedly savage. Westword said that the band is basically its own disciplined flash mob. In 2014, the group, which just celebrated a sold-out Halloween show at the Gothic, released its first full-length LP on Jello Biafra’s famed Alternative Tentacles. 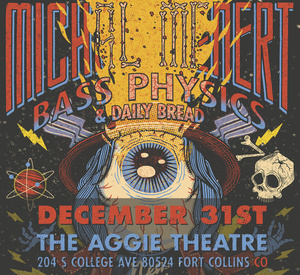 Michal Menert
Aggie Theatre
Dec. 31
DJ/Producer and Polish-born Fort Collins laptop maestro Michal Menert just wrapped up a fall tour with Lettuce. While Menert, who is well-noted for producing Pretty Lights’ debut album, often performs with a full band on tour, this upcoming show will be a solo affair. In early 2016, Menert released Space Jazz on vinyl, which he had put out digitally in 2015.