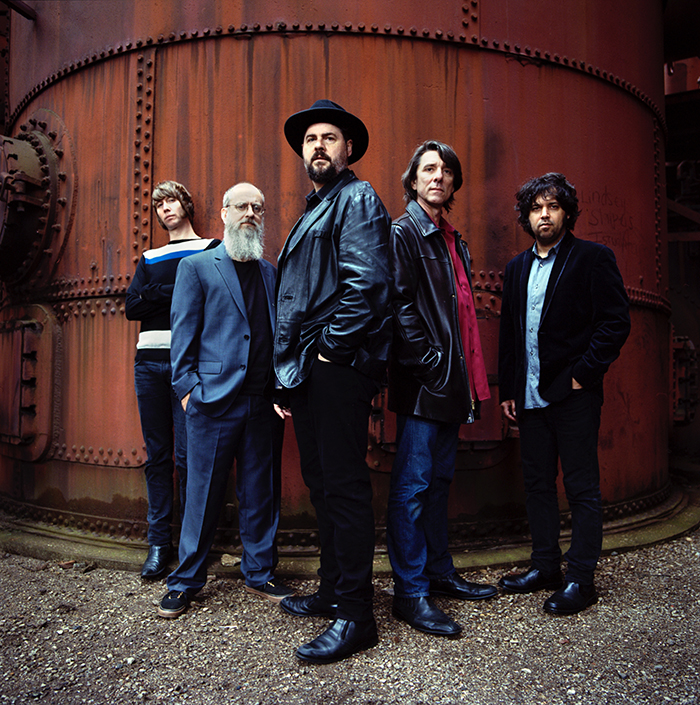 “We woke up in Philly the day after the election,” Patterson Hood of Drive-By Truckers described, on the phone with The Marquee from his home in the Portland, Oregon area, where Hood and his family moved last year. “The whole day, we were walking around in a daze. At some point later in the afternoon it kind of revealed itself what our job — our new job — was. And that night we had a show that most of the people there will talk about for a while.”

Hood doesn’t know what he thinks this “new job” of the band will be in the months ahead. Like many people in the country he’s unsure, and said it’s “an evolving thing.”

“Are we a punk rock voice of the new resistance?,” he asked. “I don’t know. Maybe? That seems to be where our heads are at right now. I’m still trying to articulate how I feel about it and I’m not quite there yet, other than concerned and scared for the country and for the things that I hold dear. And more than a little pissed off, at all sides. I think now we’re going to get a good wakeup call that’s the result of a lot of people’s heads up their asses.”

The Truckers’ principle songwriters, Hood and Mike Cooley, have never shied away from speaking their minds politically. But what sets the Truckers apart from many bands with a progressive consciousness is that they’ve also never been afraid of exploring complexity and contradiction, and the South has long provided fertile ground for their rich character studies that highlight the intersections between class and culture. If their latest album American Band (2016, ATO Records) seems like the most straightforward political work of the band to date, it might just be because the lens is turned nationwide. Gun violence, firearms culture, racism and hypocrisy are hardly unique to the South, after all.

As Hood explained, the songs “wrote themselves based on things that were eating at us while we live through these times.” The Truckers also understand, better than many, it seems, that politics is never separate from the personal. Our tendency to compartmentalize the two may even be part of the problem.

“Politics are personal, so the record is all personal,” Hood said. “People say, ‘Shut up  and sing.’ Well fuck you. All of a sudden it’s okay to openly be disdainful to women, minorities and immigrants? Hell, and handicapped people? Jesus fucking Christ, what are we becoming? Yeah, I take every goddamn bit of it personal.”

Even the final track “Baggage,” in which Hood reflects on Robin Williams’ suicide and his own depression, is an opportunity for drawing these bigger picture connections. “It felt like placing that there worked. It was the way the record needed to end as far as bringing it back to your own inner dialogue,” he explained. The song also carries even more weight in light of recent events, Hood further reflected: “With the current administration, there’s going to a be a more severe lack of funding than ever for mental health programs because it doesn’t fit with the profit margins of big oil and a real estate tycoon.”

Despite this unflinching collection of songs, Hood described making the record itself as a joyful experience. The current lineup of Truckers (Cooley and Hood are joined by Brad Morgan on drums, Jay Gonzalez on keys, and Matt Patton on bass) has been the longest in the band’s existence, and the band members share a personal bond that leads to a smooth working relationship. This comradery came to fruition in the sessions for American Band. Recorded over the course of six days, the band was, “all on the same page and were thinking of ways to make every little thing better,” Hood recalled. “Everything we threw up in the air we would wop it just right. It’s not always like that. This record was a joy on all levels.’”

But, of course, the band didn’t know how prescient and necessary American Band would feel right now, in the wake of Trump’s election. Hood himself has been somewhat surprised at the overwhelmingly positive response. “We were expecting a different [election]outcome, and wondered what it was going to be like touring behind this record afterwards. We wondered if people were going to be like, ‘It’s over, move on.”

Instead, starting with the flood of feedback after the November 9th Philly show (“I’ve gotten an enormous amount of feedback from that show. Way more than usual for one specific show,” Hood said), the band seems to be speaking to a greater need. Besides voicing our collective frustrations, the Truckers’ music reminds us that neither our deference to polite conversation nor our escape to comfort zones of like-mindedness will serve us well in the months ahead. As Hood sings in “What It Means,” a frank exploration of race and police violence, “We’re living in an age where limitations are forgotten / The outer edges move and dazzle us / But the core is something rotten.”

To help us move both personally and collectively into a space of action, we are going to need a pretty bitchin’ soundtrack. Hood reflected on the precedent for this: “One of the things Martin Luther King did early on in the civil rights struggle was ask Pop Staples to bring the Staples Singers to rallies and events to provide music. So every time he gave a speech, he had the Staples Singers providing music and leading people in song. You better believe that was a galvanizing, important part of the struggle. I really think that is an important part of it, because anybody that feels the way we do is going to need to get out and do something.

“I think it’s all interconnected,” Hood continued. “I don’t think the music itself can cause a change necessarily, but it can provide a musical backdrop for this new awakened state of being that all of us, especially people with progressive-minded ideals, are going to have to adopt in order to take our country back.”