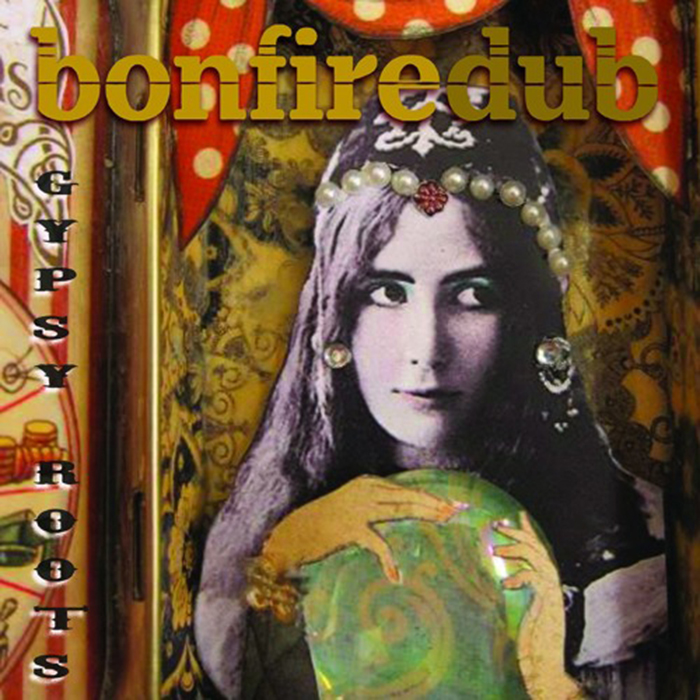 There is a ton of “feel-good” music that falls into the realm of superficial, surface-level, touchy-feely triteness that overshadows all of the good intentions of the artist. It’s not always those musicians’ faults either. Being real can be tough. Going deep is a process that doesn’t always match up with G-C and D chords. For real feel-good music — the sort that gets into listener’s souls — the artist has to be willing to go deep, and deliver music directly from the heart. Bonfire Dub does this with seeming effortlessness throughout their latest offering Gypsy Roots.

It’s a fairly well-told story that Bonfire Dub’s founder Scotty Stoughton birthed the vibe of the band — as well as his Bonfire Entertainment company, which produces Campout for the Cause and WinterWonderGrass — through the humanitarian aid efforts he personally contributed to in Central America and Haiti. Stoughton insists that his events are not events that need follow-up recovery time. Instead, he says that they leave attendees feeling energized, revived, grounded and re-charged. That same methodology pours forth over the nine tracks of Gypsy Roots. From the soaring sing-along chorus of “Pilot” to the island feel of the inspirational “One Stone,” Bonfire Dub over and over again “make time, break the bread and share the truth.”

Bonfire Dub also includes Rodney Coquia on guitar, Trevor Gagstettor on bass, Jeff Armistead on keys, and Mark Levy on drums. And on Gypsy Roots the group is joined by a host of Colorado staples including Elephant Revival’s Bridget Law who contributes fiddle throughout, Tyler Grant of Grant Farm, Daniel Rodriguez, also of Elephant Revival, Megan Letts of Mama Magnolia and Steve Vidaic of Citizen Cope.

With a voice that is at times reminiscent of Widespread Panic’s John Bell, Stoughton holds court over the chorus of “Open Heart” with the line, “my heart is open, come on in.” And on the albums’ next track, “Westside,” he insures “I welcome you.”

Those words, and the rest of the vocals of Gypsy Roots in the hands of some artists might fall flat or seem clichéd, but with Stoughton and crew the heartfelt sincerity sits front and center with humble gratitude, and an outstretched hand that also says “We’re here for you.”