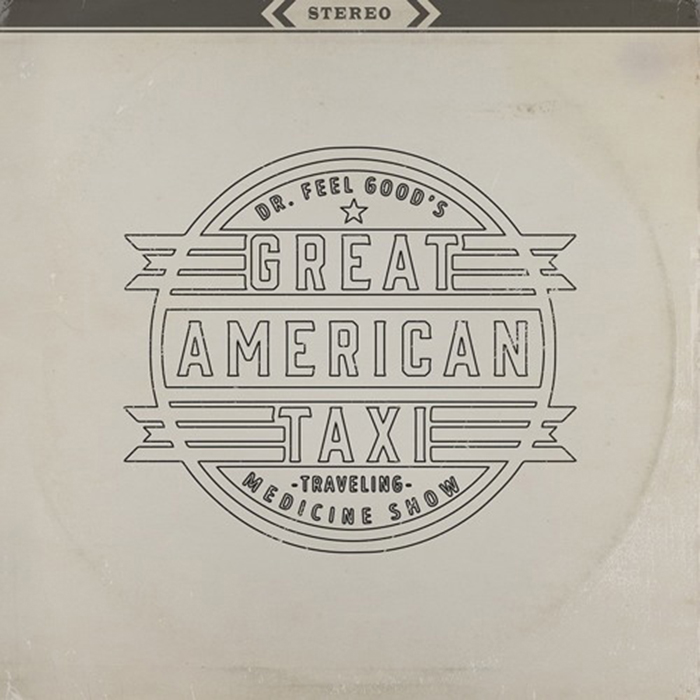 Despite the fact that he was most likely seeing double at the time, the incomparable Todd Snider hit the nail squarely on the head when he described Great American Taxi’s latest effort Dr. Feel Good’s Traveling Medicine Show. “This is why I love these guys,” said Snider. “It’s medicinal Americana…I just coined that…you can have it.”

Dr. Feel Good is the first Great American Taxi album in nearly five years and the first recording the group has put forth since co-founder Vince Herman of Leftover Salmon tossed the keys of the Taxi to his bandmates and clocked his final ride with the group. While Herman was a driving force for the band and logged incalculable miles behind the wheel, in many ways he was very similar to Neal Cassady, driver of the famed Merry Prankster’s bus Furthur. They may have been steering their respective vehicles, but for the same reason that Furthur was never all about Cassady, the Taxi was never all about Vinnie, either.

With co-founder/keyboardist Chad Staehly now in the driver’s seat, Great American Taxi is continuing it’s trajectory with the pedal pushed firmly to the floor and with the hood ornament pointed as squarely as it’s ever been at the destination — that place that Gram Parsons called “Cosmic American Music.”

Joined by long-time Taxi members Brian Adams on bass, Jim Lewin on guitar and vocals, Staehly and the rest of the group are also accompanied by their newest member, Front Range stalwart Arthur Lee Land, who brings both his guitar and banjo playing, as well as his voice and his prolific pen to the new album. And the album features Hard Working Americans and Widespread Panic drummer Duane Trucks.

Produced by Railroad Earth’s Tim Carbone, Dr. Feel Good picks up right where Parsons and The Flying Burrito Brothers left off back in the early seventies. With a honky-tonk styled gentle boogie, Taxi opens the album with “We Can Run,” which is almost an introductory track that greets, shakes hands with and hugs each and every genre that the band has thrown into its collective stew pot.

“Out on the Town” has that hand-out-the-window, highway song, holler and stomp feel, while the album’s third track “Sunshiny Days,” which was co-written by Lee Land and his wife Carol Lee (together they contribute five tracks on the album), takes a page directly from the bluesy, swampy playbook of JJ Grey and Mofro.

It goes like this throughout Dr. Feel Good, as the band makes delightfully engaging gas-and-go stops across the Americana landscape — never lingering too long on any particular style, but always staying long enough to fully embrace each one.

Great American Taxi has hit a couple potholes along their journey of the past dozen years, but the alignment is still on point for the group, the engine is still strong, and as they credit in their liner notes, the group’s past members “will always be playing in the band with us.” With that in mind Dr. Feel Good’s Traveling Medicine Show is a journal of where the band has been and the miles that they’ve traversed, as well as a map of their future for their ongoing voyages across the landscape of America and Americana.

Cervantes’ Other Side | March 10