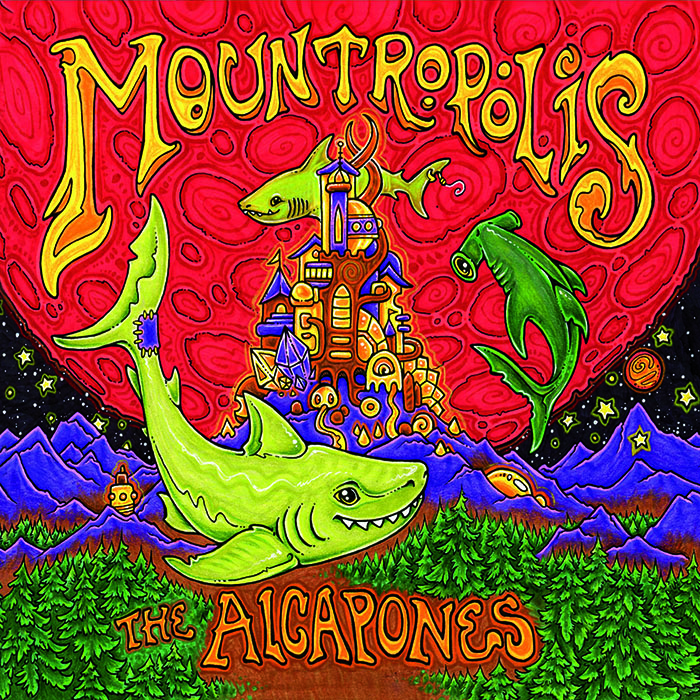 In recent years mainstream ska has become an exclusive club. There were few casual observers and membership in the club came with an entire lifestyle, as well as new shoes and hair dos. Leave it to Jamestown’s The Alcapones to make ska accessible again. Recorded over the summer and fall of 2016 at Goat House Studios outside of Jamestown, Mountropolis, the group’s second LP is an energetic bouncing ball of positivity that is more hippie than hipster and embodies a traditional ska blend of Carribean mento and calypso with jazz, dixie and blues. Mountropolis features fast, frenetic beats, gushing hornlines, and a jumping vibe. The band — which includes, guitarist and chief lyricist Shaun Garin, bassist Clay Bedell, drummer Jake Edelstein, Sam Gamgee on alto sax, Jayma Superlove on tenor sax, and Tom Buswell on trombone — named their first record Happy, and for this release worked with producer and meditation guide Robert Tarantino, who helped The Alcapones convert what they referred to as “insanity” into a cohesive, approachable and entertaining record.