An impromptu studio session on a solo album ignited a band, now releasing their second LP, You Animal 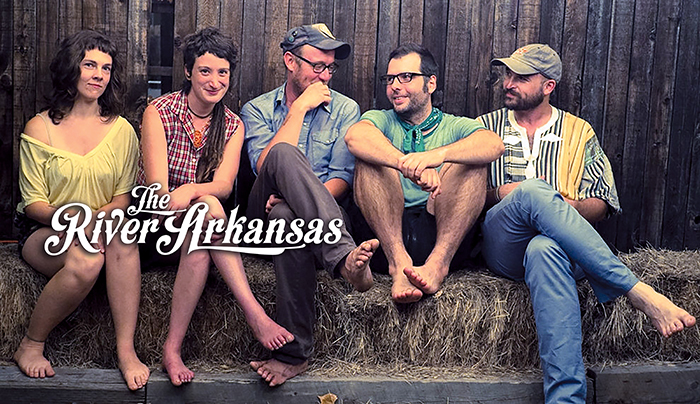 “I do think that our Colorado artistic community is pretty honest with each other, but, at the same time really encouraging,” Terry reflected. “We always have the opportunity to set up shows with people we not only love personally, but whose songs we are excited to hear live.” People are so supportive and inspired by one another in the Front Range music scene,” said Macon Terry, bassist for The River Arkansas when he and frontman/songwriter Mike Clark caught up with The Marquee over the phone. It was the band’s off day during their west coast run of shows and Clark and Terry were eating Choco Tacos in the back of their tour van at a rest stop.

Clark chimed in, adding, “One thing that I see in Colorado that I don’t see in other scenes is that we don’t really seem to follow fads based on the bands that break out of here. It seems like every time someone pops up and gets really big, I’ll drive around the country and see a bunch of Lumineers or Nathaniel Rateliff knock-off bands. Locally, we’re like, ‘That guy made it! Good for them! I’m going to keep doing what I’m doing.’ So we don’t have a ton of bands that are identical to each other.”

Terry concurred, “We’re just inspired by one another and want to pay homage to each other.”

With its members dotted across the Front Range, The River Arkansas began in 2014 when Clark, a familiar face to many as a member of The Haunted Windchimes, went into a Colorado Springs studio to record what he initially intended to be a solo album. Finding out that Terry, former bassist for Paper Bird, was in the area, he was able to recruit him for a studio session. The two had been discussing working together for a while, but their busy schedules with their other bands hadn’t allowed it to happen until then. Gathering a crew of other local musicians, they had a follow up session to lay down the tracks that would become The River Arkansas’ first release, Golden Light (2015). Upon listening to the sessions, Clark and Terry realized they might have a project bigger than a one-time solo record.

The River Arkansas’ current line-up consists of Clark, Terry, Rachel Sliker (violin), Danah Olivetree (cello) and Robin Chestnut (drums), and the group’s name came about as organically as their initial meeting had. Clark had bought a house next to the river four years ago in Pueblo. It was a fixer-upper, and the land it sat on reflected the same state of neglect. The previous owners had poisoned all the plantlife with pesticides, leaving the yard barren and lifeless. Clark set to work, and after a couple years he began seeing the land come to life again. Now he has a garden to tend to, geese that visit the river bank, and even the occasional mouse invasion in his house. This rebirth and renewal has also inspired Clark artistically, and naming this project The River Arkansas was a way for Clark to honor that process.

The group’s latest album You Animal reflects that same vibrancy. It captures the band’s rich, warm-blooded folk with an organic beauty, offering songs with respite and energy in equal measure. You Animal feels alive, a contrast to so many over-tooled studio efforts. Recorded in two-and-a-half days in Houston with engineer Paul Cox, the band couldn’t overthink anything. “We didn’t have time to deliberate,” Terry described. “We recorded five songs on the first day and seven songs on second day. We were on a time constraint and it worked to our advantage, because it really sounds fresh.”

Besides being a touchpoint for the overall aesthetic of the band, Clark’s home has provided him with songwriting inspiration, although not always in the most positive ways.

“While I was on tour, someone broke into my shed,” he explained. “The door was wide open. They stole my nice bike and left me a crappy Mongoose bike. They also stole a bunch of guitars that were fixer-uppers I was storing in there too. Well, I thought they stole them. But about a week later I was walking behind the shed and found the guitars buried under the ground. I think it was squirrel mentality,” Terry interjected. “They buried them hoping to come back later, but then forgot where the loot was. I guess you make some strange decisions on meth,” Clark continued. “When someone steals from you, initially you get pissed. But then after a while you start thinking, ‘Did I deserve this?’ So the song is about getting introspective and wondering what it was about.”

Throughout March, The River Arkansas will be playing up and down the Front Range to celebrate the release of You Animal. Before Clark and Terry had to hit the road again — because even a day off isn’t really a day off when you’re an up-and-coming band — Clark used his parting words to pay homage to Colorado, and the draw back to the Centennial State. “I think a lot of people are coming to Colorado because they want to be a part of the music scene,” he said. “We don’t have to venture as far out as you needed to before to get your name out there. It’s its own musical planet.”