With their latest album Believe, Colorado’s enduring jam stars set out on a return to their roots – Winter Carnival Tour 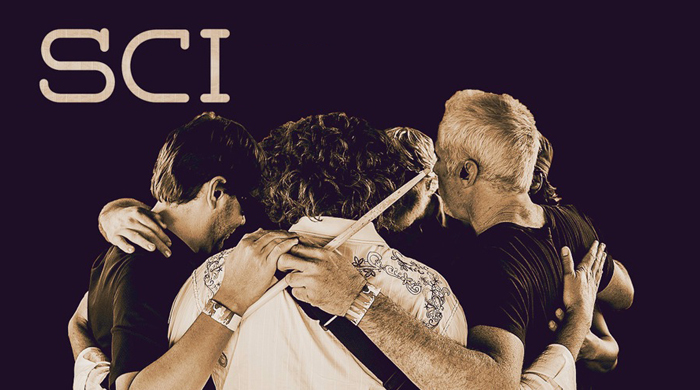 It’s long been said that a band is equal parts marriage, friendship, and work due to the tight quarters, long hours, and creative stresses that this kind of work requires. Twenty-four years ago, in the mountains of Telluride and Crested Butte, a group of friends came together to start one of the most successful Colorado bands in recent memory, The String Cheese Incident. Over the years, the group has had it’s ups and downs, with dizzying peaks of live improvisational prowess tempered by creative differences that led to a two-year hiatus in 2007. But in recent years the Barefoot Boys seem to have a new lease on life.

On the studio side, after a break of almost 10 years between albums the band released A Song In My Head in 2014 and is on the cusp of releasing another. In the live arena, there has been an influx of energized young fans turning out to shows, and the band members are clearly enjoying themselves on stage. Bassist, and founding member, Keith Moseley attributes this — at least partially — to a new tradition of band retreats that the group implemented back in 2015.  “The retreat idea has really breathed a lot of new life into the band,” he said when The Marquee caught up with him between taking the kids to school and joining the rest of his band for rehearsal. “You know, 20 some-odd years in, if you are just going on tour and rehearsing for tour and doing the same old things, it becomes the same old thing.  Across the board we decided that what would really make us all happy and feel excited about playing shows again was to write some new material, refocus ourselves, and get on the same page.  Ultimately, I think these retreats have been huge for letting us do that and getting the studio up and running was the other piece to that puzzle.”

The studio that Moseley is referring to is the band’s new “Sound Lab” studio in Boulder where they are able to store their gear, rehearse for gigs, and record. “After many years of renting places to rehearse and renting places to record, it’s all under one roof now and it’s all kinda turn-key for us. We can walk in and just go now. That’s been the dream for a long time,” he said. “It opens up the opportunity to really look at recording in a different way. No longer is it rehearse a bunch of songs, book a studio for two weeks or whatever it is, and then go in and try to bang it out and then work on releasing them.  Now we have the opportunity to go in whenever we want and record, even if it’s one song, even if it’s an old song, if it’s a cover song, whatever it is. We can do it one-by-one without having to book time somewhere, load the gear in, and set everything up.  So the door is now open for a lot more flexibility in terms of us recording things and getting them released to the fans.”

While the band has released a few tracks from The Sound Lab already in the form of the Sound Lab – Volume 1, on April 14 they will pair those three tracks with six more and drop Believe, the first full-length album recorded at the new studio. While the album will sound familiar to old and new fans with Kyle Hollingsworth’s funky flavor, Billy Nershi’s blistering flatpicking, Michael Kang’s screaming mandolin, Moseley’s sing-songy blend of Americana and hip-hop and of course the electronic influence of drum wizards Michael Travis and Jason Hann, it also pushes the boundaries of what String Cheese albums have been in the past. “Obviously we have played thousands of live gigs at this point but our time in the studio has been fairly limited. We are all kind of excited about using the studio as a creative tool at this point,” Moseley explained.

Despite the fact that Believe isn’t even in the hands of fans yet, Moseley revealed that the band has already been working on new material with some friends who are well known to Colorado. “At the New Year’s shows, we played a set with Big Gigantic and we had them into the studio for a few days to rehearse for that,” he said. “As a result of that time in the studio, we have a collaborative track we are working on with them that hopefully we are going to have finished in time to premiere it together at Electric Forest.”

While Electric Forest is pretty far out on the horizon, fans in Colorado don’t have to wait long for their next Incident as the band is gearing up for a new and different take on their storied Winter Carnival tradition. This year, instead of a run through big venues like The Fillmore, the 1STBank Center, or Dobson Arena, the band has decided to break it down a bit and return to their roots with a tour of the small venues and ski town bars that gave them their start in the mid ’90s. “We are trying to reshuffle the deck and do something different,” Moseley explained. “It’s been a long time since we have played any club shows and there is a certain excitement about the intimacy of a small room and the feeling of being packed in there like sardines and being that close to the crowd. It’s the towns themselves too, we are taking all our gear and are gonna do some skiing while we are out so it’s a chance to revisit times gone by for us.”

As if the small rooms of this tour aren’t enough incentive for the fans, Moseley and his bandmates have another treat in store for those lucky enough to score tickets to one of these special gigs. “We have been rehearsing a bunch of stuff in a more acoustic format,” he said. “We are gonna try and do a lot of the first sets with drummers up front playing hand drums, Michael doing a lot of acoustic mandolin, me playing some stuff on upright bass, Billy exclusively on acoustic guitar, and Kyle on mostly piano instead of all the synths and organs and stuff like that. We are going to revive some old tunes from the playlist that we might have had in the rotation 20 years ago but haven’t played much since.”

In addition to revisiting old songs and their classic acoustic format, the band is also returning to some of the venues — most notably The Eldo in Crested Butte and The Fox Theatre in Boulder — where they cut their teeth and developed the incendiary live sound that made them a national name. It’s no coincidence that the shows at The Fox on March 3 and 4 coincide with the kick-off of the legendary Boulder venue’s 25th anniversary party. “We have been working with Don Strasburg since the Fox opened, so the Fox anniversary has been on our radar for a long time. We wanted to be a part of that and, honestly, that was part of the impetus for extending this to some of our other old small rooms and small towns,” Moseley admitted. “One of the first times we played at The Fox we had Warren Haynes as a special guest. It was definitely a big deal for us to get booked at the Fox and I think it’s still a big deal for local bands, and even for touring bands, when they crack that venue because it’s a premiere space in terms of the bands they have through there and the production for the size of the room. There is a certain amount of satisfaction that comes with getting to play there.”