Trending Stories from The Marquee
You are at:Home»Album Reviews»Danielle Ate The Sandwich ‘The Terrible Dinner Guest’
By Marquee Magazine on April 1, 2017 Album Reviews, Brian F. Johnson 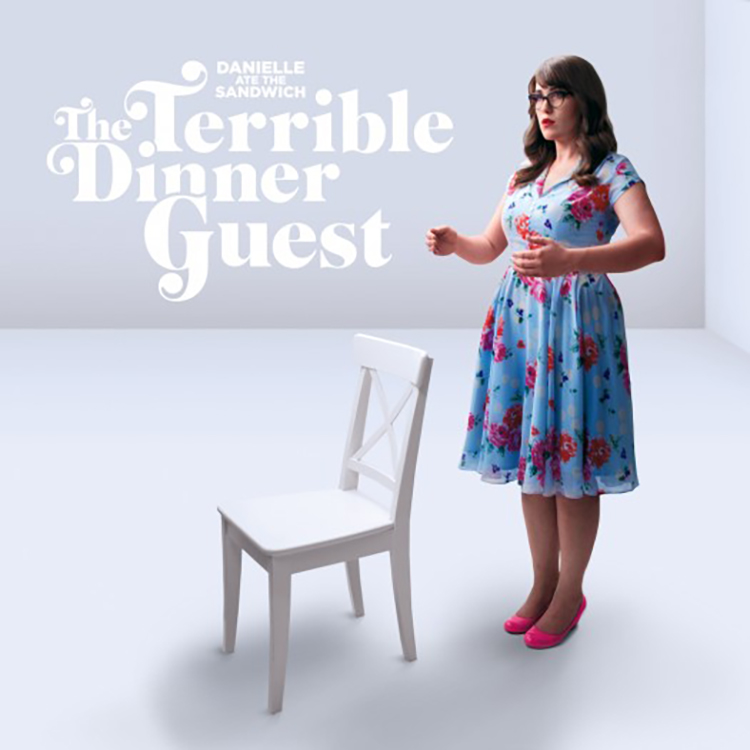 Less than 30 seconds into “This Weather,” the opening track on Danielle Ate The Sandwich’s newest effort The Terrible Dinner Guest, it becomes abundantly clear that this new release isn’t another ukulele album. The Fort Collins-based songwriter and uke maestro, Danielle Anderson, has always incorporated pop sensibilities in her music, which is what has allowed her to reach far beyond the normal folky confines that most ukulele players are restricted to. But The Terrible Dinner Guest seems to take steps even further away from that folk basis as the bespectacled Anderson tries on a variety of new hats, including some instruments with six strings. Anderson still has her four-string close by and songs like the title track and “Two Places At Once” still certainly highlight her spunky strumming. But other songs like “Long Haul (True Love),” with it’s sock hop doo-wop elements, the swinging jazz of “Bad Habit,” and the summery bounce of “Cavities,” show a musician that has grown far beyond her humble beginnings. The Terrible Dinner Guest is the sixth full-length release by Anderson, who also recently wrote the soundtrack to the HBO documentary Packed in a Trunk: The Lost Art of Edith Lake Wilkinson, which celebrated the art of the long-neglected painter. Westword called Anderson “cripplingly enchanting” and while the homemade videos she made early in her career are still some of her most instantly engaging pieces, The Terrible Dinner Guest exhibits a growth as a songwriter and artist that is far larger than her tiny, nylon–stringed uke.