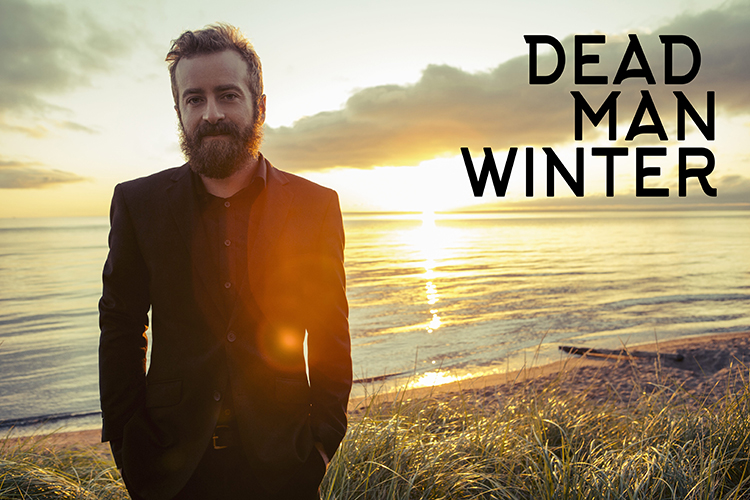 It’s no secret that break-ups are rife with the fodder for songs. From the melancholic soundscapes of Beck’s Sea Change, to the blockbuster pop hits of ­­­Fleetwood Mac’s Rumors and from the emotional R&B of Amy Winehouse’s Back To Black, to the intricate folk ballads of Dylan’s Blood On The Tracks, the history of popular music is littered with the remnants of shattered love stories.

An early contender for this year’s best break-up album has emerged from the mind of Trampled By Turtles’ frontman Dave Simonett. Released in late January under his solo moniker Dead Man Winter, the album, Furnace, which Simonett largely wrote in a secluded cabin in northern Minnesota, documents the demise of the singer-songwriter’s ten-year marriage and the emotional aftermath of the decision to break up the only home his two young children had ever known.

“It was a pretty chaotic time and that is what, at least in my mind, necessitated solitude,” Simonett admitted during a recent conversation with The Marquee as he reflected on the songwriting retreat. “I was in Minneapolis. I was pissed off and depressed, and I didn’t want to talk to anybody. Even though I knew that what I should have done was talk about it, it was the last thing I wanted to do. Every time I was at the bar or something and ran into someone I’d get that ‘How you doin’ man?’ thing with sympathy eyes. I was just kinda sick of it. I mean, I was thankful for my friends and I know it comes from a place of love, but I was not in the place to deal with it. In the city things just didn’t feel right. The traffic was driving me crazy, airplanes flying over my house were annoying me, it was chaos inside and out, at least that’s what it felt like.”

Some people feel a sense of calm under the stars in the wilderness of Colorado, for others it’s the concrete jungle of Manhattan, and still others feel a calling to the desolate expanse of the sea when they need to collect themselves. For Simonett it’s the remote icebox of Northern Minnesota that is his spiritual home and where he goes when he needs to get away from it all. “I Air BnB’d this cabin in the middle of fucking nowhere. The closest town has a population of like 17 people or something like that and that’s 15 miles from the cabin,” he said. “It was beautiful and when I got up there it was an immediate sense of calm. There were four feet of snow on the ground and it was 10 below zero during the day, so I hunkered down and I just wrote. That was the point of doing it but I had never done anything like that before, so I had no idea if it was going to work or if I was going to go crazy the first day. But it worked and everything started pouring out right away. I was there for just a little over a week and that week felt like a long time with no phone and nothing but my typewriter. I’ve got kids and I’m not at a point in my life where I can disappear for very long but when I came back I was in a much better place.”

Not only was Simonett in a better place emotionally, he was also armed with an album’s worth of heartwrenching songs that drip with the pain and anguish of a life splitting apart. With lyrics like “This house is on fire and I can’t escape it / I’m lonely and tired, no will left to fake it” from “This House Is On Fire” or “And all the cuts are getting deep now / And all you want to do is sleep now / We could go on, but I don’t really see how / And here we are at the edge of the world” from “Weight of the World,” Simonett poured his soul onto the page in an effort to give the world a glimpse into the hardest time of his life.

While the version of Furnace that was released in January juxtaposes desperately pained lyrics with largely upbeat Americana instrumentation, Simonett explained that his first pass at the record yielded drastically different results. “This is literally the second time I made this album,” he revealed. “The first time around it was quite a bit different. I don’t think there was an acoustic guitar on the record. It was a lot heavier and full of reverby electric guitar. It was a lot darker musically which I was into and I didn’t dislike the sound of it, but I think it was more the process that turned me off. It was super unnatural, I was trying to do it before I should have and I didn’t really have the time to do it the way I wanted to.”

It was at this point that Simonett decided that in order to give his new album the attention that it deserved, he was going to have to step away from Trampled By Turtles for an undefined period of time. With the weight of that touring juggernaut off his mind, he focused on putting a new band together. “I got this specific group of guys together because they are honestly my favorite live players around,” he said. “All of these songs were brand new to these guys and some of the cuts that made the record were the very first time we played the song together. I wanted it like that; really loose, and to feel like it’s a band in a room. Maybe it was an overreaction to how I tried it the first time.”

Overreaction or not, the result is a profoundly touching piece of work that has rewarded Simonett with praise from critics and fans alike. “It’s been a really pleasant surprise. I try to tell myself I don’t care­­­ — it’s a lot cooler not to give a shit about reviews — but you can’t really avoid it,” he admitted. “It was such a process to make this record that to have it received generally pretty well feels good, I won’t lie about that. Had it not been that way, I think I would still feel the same way about the album but this is a bonus.”

As the chaos of the past few years dies down and Simonett renews his focus on the road ahead instead of the carnage of his past, he is able to reflect a little more objectively on the whole experience. “I don’t think that a divorce is ever easy on anybody — maybe it is, I don’t know. But now that I’ve been through one with kids involved I don’t feel that bad for people going through it without them. It was tough,” he said matter-of-factly. “I think, and it almost feels weird to say it out loud, but I think I’m a much better father now than I ever have been. Especially now that there’s been some time. It’s just easier. I’m in such a better place and that just ripples out to everything.”