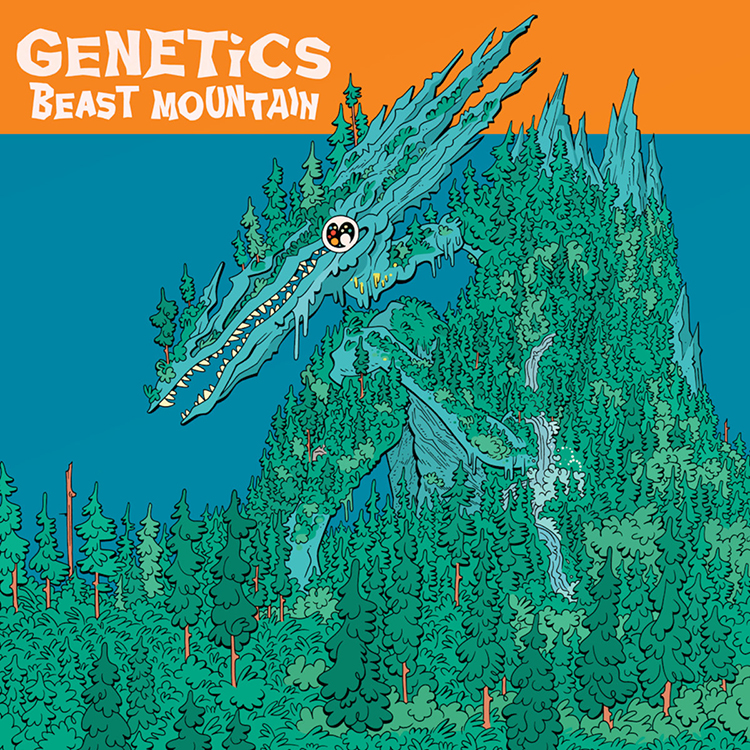 Genetics can be classified as many things, yet they’re self-described as science fiction. And after being taken down a guitar-induced rabbit hole with layers of synths and a vast amount of movements on their sophomore album, their sci-fi distinction makes sense. Beast Mountain is as much a journey as it is an album. Just when the group starts to get lost in the happy-go-lucky guitar bantering, the melodies come crashing together before spinning off into another direction entirely. Throughout the voyage, there are ample guitar solos, and the soft layers of synths bring a space odyssey element to satisfy all sci-fi nerds. But the ten song album, is much more than instruments swirling together. What begins with distorted, unrecognizable radio transmissions, quickly takes off into long instrumental sections that are pulled together with the occasional vocals. The orchestration hits its stride on “Quamn,” the six-minute mostly instrumental song which paces in and out of several dreamy emotional states.

Cervantes’ Other Side | April 7