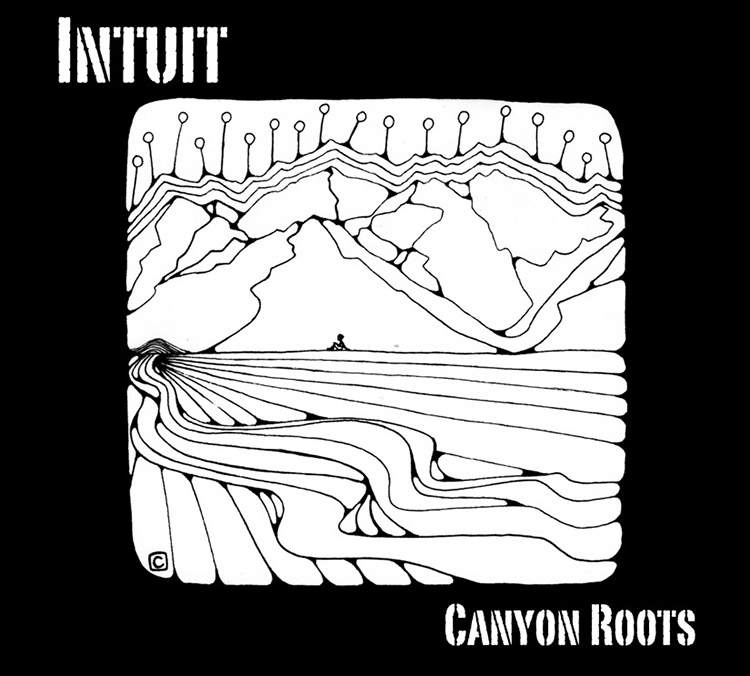 With hypnotic jungle-like rhythms, Boulder’s Intuit creates an alluring opening to their latest effort Canyon Roots. As the beats give way to acoustic strumming and bowed howlings, a mélange of genres and influences work together to create a textured and cultured sound. The group, which formed in 2011, has offered two previous releases, but this weighty hour-plus installment is their epic odyssey.

Recorded at eTown Studios with Jon Gold and Crucible Studios with Andy McEwen, and mixed and mastered by Tira Neal, Canyon Roots features guest appearances by Bridget Law of Elephant Revival, composer and chair of Naropa University’s Music Department Paul Fowler, as well as some accompanying horns and vocals. But while the band is most certainly a collaborative effort, much of the vision comes from vocalist, guitarist and cellist Chloe Watkins, who leads Neil Sullivan, Jonny Jyemo and Scott Parker Mast on Intuit’s journey. That collection of musicians gives the Intuit repertoire space enough to explore everything from the island-like feel of “Radiant Vibrations” to the “Soul Sacrifice” rhythm of songs like “Joybringer” and the group and their guests roam that territory with joyful exuberance.