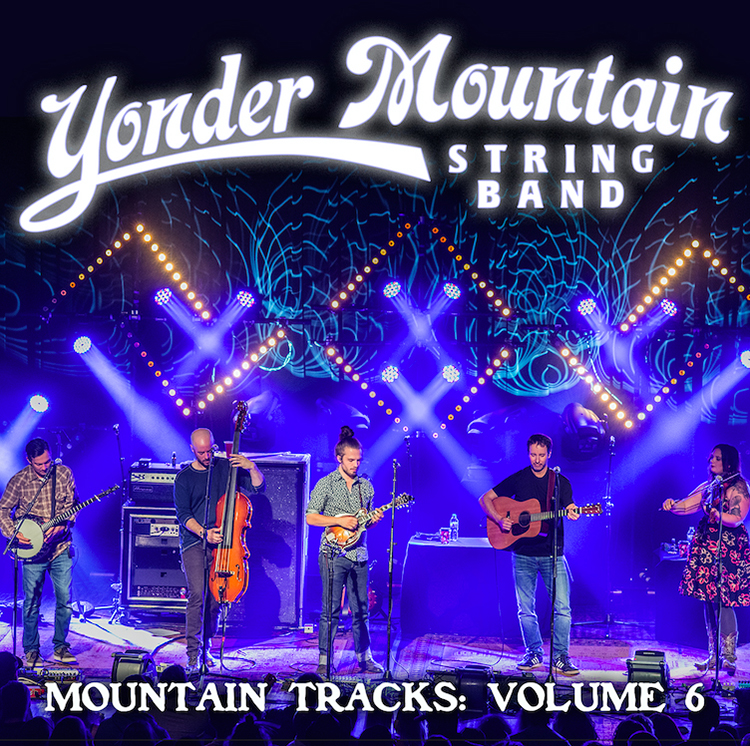 For the first eight years of the new millennium — like clockwork — Yonder Mountain String Band released a new live album under the series title Mountain Tracks every two years. But in 2008 the series abruptly stopped. The band put out the studio release The Show in 2009, and in 2015 — after the departure of band co-founder Jeff Austin and the addition of fiddler Allie Kral and mandolin and man-bun extraordinaire Jacob Joliff — the group released Black Sheep, but the Mountain Tracks series seemed like a closed chapter. Now, nine years after the last Mountain Tracks, and an astounding 17 years after the very first MT release, Yonder Mountain String Band has put together a new live highlights reel. Recorded over the first half of their 2016 tour, Mountain Tracks: Vol. 6 showcases YMSB 2.0 in its comfort zone. With the shake up of Austin’s departure behind them, the group is playing strong together, even if some of the wild musical stunts of their past seem to be a distant memory. But with the Evel Knievel factor out of the way, the quintet can maintain full focus on their picking, and Kral’s vocal and fiddle additions provide a new depth for the Colorado stalwarts. As with Mountain Tracks of the past, covers remain a focus and Volume 6 sees Yonder tackle America’s “Sister Golden Hair,” Blind Melon’s “No Rain,” and The Lovin’ Spoonful’s “Summer In the City.” This volume is certainly different than its predecessors, but this evolved version of the series still does exactly what it was meant to do — capture Yonder in its natural, live habitat.