Trending Stories from The Marquee
You are at:Home»Features»Music On The Mesa
By Marquee Magazine on May 1, 2017 Features, Festival Coverage, festival-issue 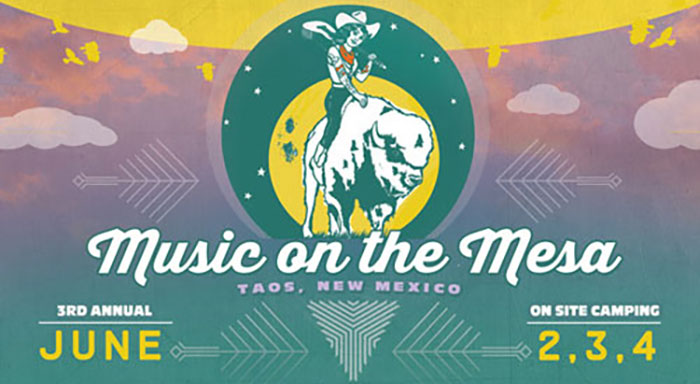 With a phenomenal Earthship-inspired stage design the amphitheater that hosts the headlining acts of Music On The Mesa give a marvelous introduction to the trippy bohemian allure of Taos and the magnetism of the Taos Hum. In its third year, Music on the Mesa, which features three stages in total, has become the premier live music event for Taos giving the already artistic community a festival that matches its freak flag.