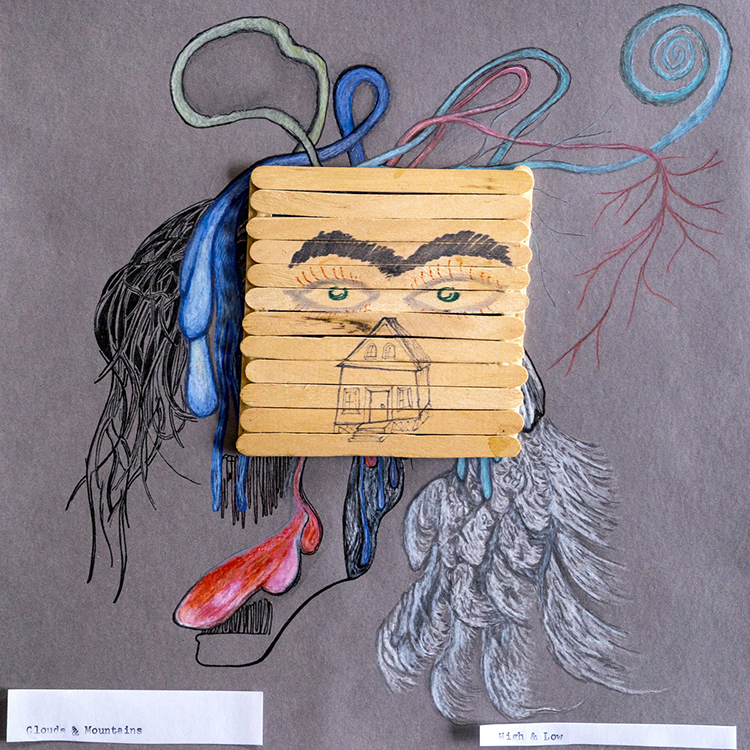 Clouds & Mountains began as a group of friends simply creating for the sake of it in 2012. The brainchild of Macon Terry, who played bass with Denver’s Paper Bird for six years, Clouds & Mountains was another outlet for Terry — a place to put some of the songs he’d been working for years. Terry, who is almost apologetic about the name drop, explained that after a Paper Bird and Shakey Graves show in Austin several years back, they ended up around a fire in Shakey’s backyard, passing an acoustic guitar around while everyone took turns playing original songs for one another. On one of the rotations, Terry played the track “Lonely Instead,” (which appears on this latest effort) and Graves demanded that he play it again, and again. “After playing the song through the third time he said he wanted me to have that guitar. He told me to take it home to Colorado and write some songs on it and make some records with it. I probably wouldn’t have recorded this song unless he had given me the encouragement to allow others to hear it,” Terry explained. Terry also pointed out that despite some of it’s melodically cheerful tunes, High & Low as an album “explores the contrasts of loneliness and being lonesome.” The album was started in Washington State when the group found themselves with a day off and a 2” tape machine. Another session took place in Houston Texas, and also put music right to 2” tape but those rough foundations were left to marinate for nearly a year, until Terry and his bandmates teamed up with a host of Colorado musicians to build upon those original recordings. The result is a wonderfully written, bright, insightful and well-crafted modern folk album with just the right mix of joy and melancholy.