Trending Stories from The Marquee
You are at:Home»Album Reviews»Flobots ‘NOENEMIES’
By Marquee Magazine on June 1, 2017 Album Reviews, Brian F. Johnson 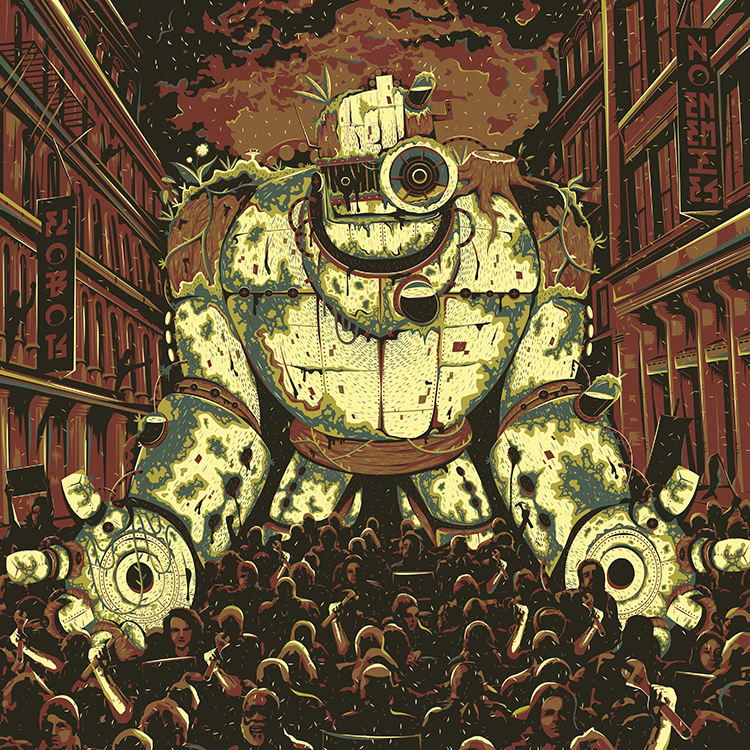 It’s almost like Flobots are super heroes that only appear when there’s a political emergency. The Denver group rose to fame and broke nationwide at the end of the Bush administration with their hit single “Handlebars.” But for most of Obama’s time in office, the group laid relatively low, releasing an album in 2010 and in 2012, but keeping  much more under the radar as a band, and much more hands on in their grassroots community work. Now though, when people are looking to the skies — or anywhere for that matter — for a savior amidst the current political situation, the Flobots have returned with the deep, emotional call to arms, NOENEMIES. The group explained that the album is influenced by stories shared by their longtime friend and mentor and Southern Freedom Movement historian and professor, the late Dr. Vincent Harding. Coupled with the inspiration that they drew from their community work, the album also serves as a rally cry for the disenfranchised of 2017. Flobots said that NOENEMIES’ is a tool for uniting and uplifting, and that the tracks are songs of spirit and songs of power. “When we raise our voices together we remind ourselves that another world is possible — a more just, peaceful, and sustainable world — and that building this world will require participation from all of us. Elections may generate conversations, but movements change the course of history. When we look at the movements happening today, we see everyday people seeking to resist violence, racism, and destruction. We see raised voices crying out for transformation.”

From the bass-straining track “Failure Games,” which cites “The diplomacy of monsters,” to the solemn-choral beginning of “Blood in the River” NOENEMIES covers a huge swath of emotions and dramatic genre-shifts, all the while espousing an almost militant belief that “we” can do better. While Flobots write some fairly timeless protest songs that could frankly have been just as relevant in other eras, the track “Pray,” which was released as a single on inauguration day is a chilling, angry, and loud dissent of the current administration with its haunting fee-fi-fo-fum cadence of the chorus that pronounces “Pray the pale white devil back to hell/Shout him from the heavens/Usher in the souls long cast aside/Beg for resurrection.”

Flobots ran an insanely successful Kickstarter campaign for the album, which exceeded the project’s goal, and in return the Denver heroes have shown their appreciation by putting forth a relevant, provocative and earnest collection of protest songs that are sorely needed at this time.