Trending Stories from The Marquee
You are at:Home»Album Reviews»Head For The Hills ‘Potions and Poisons’
By Marquee Magazine on June 1, 2017 Album Reviews, Brian F. Johnson 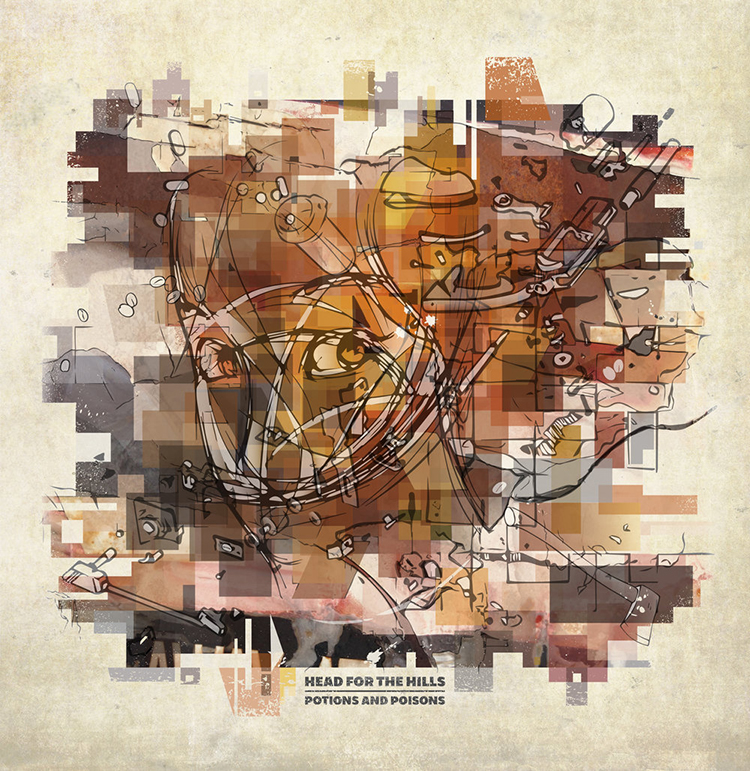 Head For The Hills
Potions and Poisons

If their 2013 release Blue Ruin was the sure sign of their maturation (and it was) then Head For The Hills’ latest offering Potions and Poisons is a certain sign that just because a band grows up it doesn’t mean they can’t still be exciting. Head for The Hills has been pushing postmodern bluegrass boundaries for more than a decade now and established a reputation for energetic, fun bluegrass — and Potions and Poisons has that, in abundance. But below the surface of the up-tempo tracks, Head For The Hills isn’t living with their heads in the clouds. They’re going deep, and doing so gracefully. “These songs reflect a tumultuous, changing nation and world, and though not all of them are heavy, we weren’t afraid to tackle subjects like gun violence and corporate greed here,” wrote the band’s fiddle player Joe Lessard in a press release for the album. Head For The Hills pulls no punches either, with frank lyrics like the opening lines to the title track, “We’ve got a passion for potions and poisons, a pitiful penchant for that which destroys us,” the band gets right into substantive material.

Potions and Poisons marks the group’s first album since replacing founding mandolin player Michael Chappell with Sam Parks in 2015. It was engineered by Aaron Youngberg (Cahalen and Eli, Martha Scanlan, Grant Gordy and Ross Martin), and in addition to other Head For The Hills founders Adam Kinghorn on guitar and Matt Loewen on bass, it features appearances from Bonnie Paine (Elephant Revival) on vocals and washboard, Erin Youngberg (Uncle Earl, FY5) on vocals, and a lush string section.