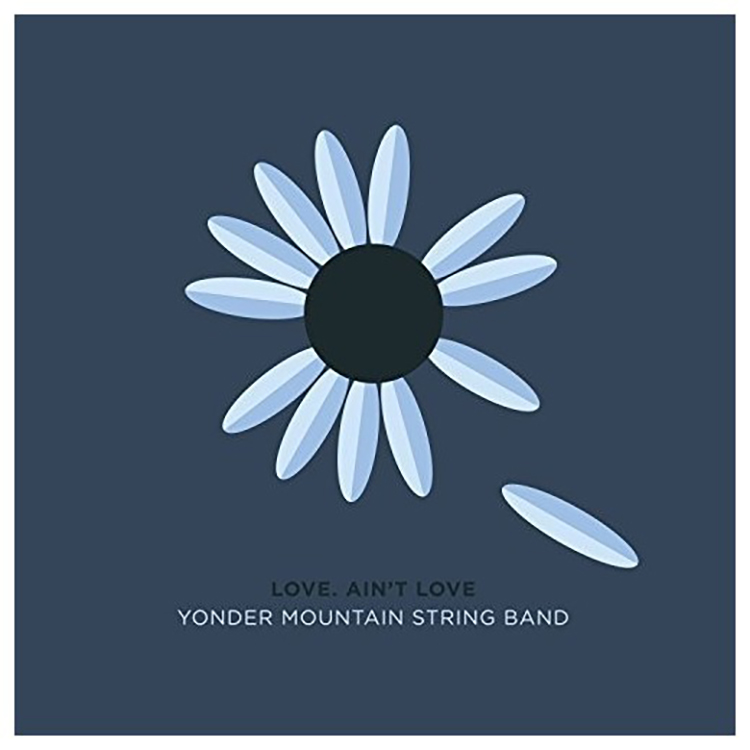 When a group tours as frequently as Yonder Mountain String Band, their live reputation tends to supercede what they put together in the studio. That’s not to say what these bands do outside of a live environment isn’t important. Many times, it’s a profound statement of their ambitions, direction, and intent, and often gets overlooked. YMSB finished their sixth studio recording, and in doing so have made such a statement. Love. Ain’t Love is the band’s follow up from 2015’s Black Sheep and the second studio recording since adding seasoned veteran Allie Kral on violin and Jacob Jolliff’s mandolin expertise.

From the beginning, “Alison” gives the impression it could have been born in a Greenwich Village coffee shop as easily as the back side of a country hill. The opening tune falls in line with the folk songwriting that is so inherent in the traditional ballads upon which bluegrass was founded. Soon enough (as in the very next song) however, YMSB lets loose with the freewheeling style they’ve been curating for almost two decades. Once the banjo and mandolin are racing in harmony and Kral layers her fiddle over the top Yonder becomes full-tilt Yonder, and this happens repeatedly throughout the album.

On this record, they’re not reaching back as much as they’re moving forward. That’s shown most clearly on the albums closer, “Grooving Away” which picks away at an off-beat reggae style rhythm and highlights the contrasting vocal harmonies of the group’s dynamic presence. This is an unpredicted but not unprecedented move by a band continuously pushing the genre of bluegrass and their legacy within the genre.         – C.H.