Trending Stories from The Marquee
You are at:Home»Album Reviews»Andy Thomas’ Dust Heart ‘No Poets’
By Marquee Magazine on July 1, 2017 Album Reviews 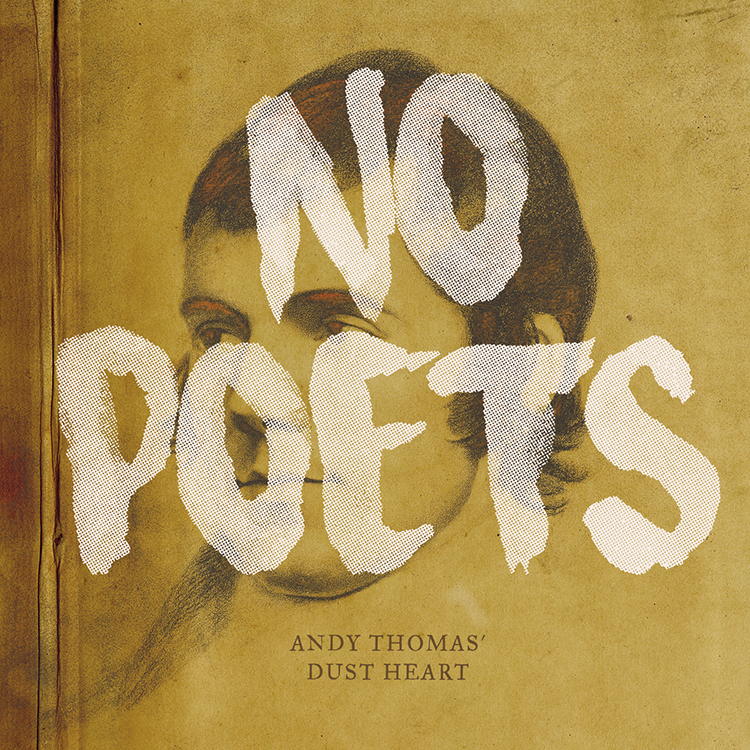 Life this last year has not been easy for Andy Thomas, the mastermind and namesake behind Andy Thomas’ Dust Heart. Thomas watched as his mother battled breast cancer while dealing with the sudden loss of his former Tin Horn Prayer co-frontman, Mikey Herrera. Thomas took a year off from drinking, focused on songwriting, and learned to focus his energies on creating better art.

That year has turned into the new LP from Andy Thomas’ Dust Heart, No Poets. No Poets is a polished record of a year exploring the challenges of life and learning what makes it important.

“This is my most ‘honest’ record. I opened up and touched on some fears and anxieties that have been bubbling up for awhile,” Thomas wrote in an eloquent press release.

Thomas, a veteran of a slew of Denver bands, including Only Thunder, Ghost Buffalo, The Knew and others, is joined by Tyler Breuer from The Knew along with Chuck Coffey & Rob Burleson from SPELLS on Dust Heart. But he said that one of the biggest influences on this album was his bandmate and wife Jen GaNun, who plays accordion in Dust Hearts. “She comes from a dance background where everything is dissected and rehearsed and you are always perfecting. She really taught me to not take such an insouciant, punk-rock, approach to everything and not saying things are ‘good enough.’ It’s an approach that has spilled over into other parts of my life and is proving to work!”

Thomas challenged himself to stay sober for a year, which he accomplished and celebrated with a  beer but found that throughout the year of sobriety that he had a focus he hadn’t been able to tap in some time. It’s evident on No Poets as Thomas’ unmistakable vocals still maintain a bit of grit, but are stronger and cleaner than they’ve ever been, further highlighted by well-penned songs and the Dust Hearts’ distinct Denver punk-icana sound.

While No Poets isn’t any sort of departure for Thomas, it is altogether brighter than much of his past work, and not shockingly, that comes from the devastating perspective gained by having lost people close to him, while others struggled with health — and realizing the preciousness of life. “It’s no longer gloom and doom, as it once seemed. Ten years ago, when I wrote Tin Horn Prayer’s ‘Crime Scene Cleanup Team,’ I was alone in my bedroom. Life was pretty bleak, so I had a different view on death. I’m at a place in my life where I care about a lot of people. I’m very content and I’m always excited about what comes next. So the thought of having that cut short is certainly something I’m afraid of. I’m less fascinated with death these days though and care way more about life.”