Trending Stories from The Marquee
You are at:Home»Album Reviews»Ben Hanna “Kick Your Legs Out”
By Marquee Magazine on July 1, 2017 Album Reviews 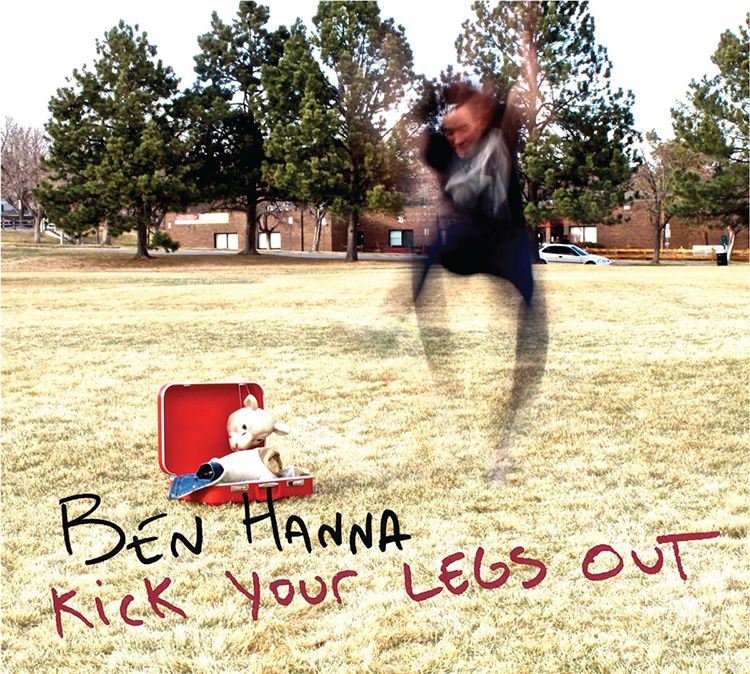 Ben Hanna
Kick Your Legs Out

Ben Hanna has got to have trouble making friends. Generally speaking, most folks can’t handle someone being so goddamn truthful, cutting and forthright. But for those who can hack it, he probably ends up being a great friend. Hanna wears this openly on both sleeves on his latest album Kick Your Legs Out and in the accompanying press release he stated that his music “attracts and repels all walks of life.” With a punk’s love for imperfection, Hanna — who is joined by a slew of musicians, including Brian Schey on bass, Jeff Finlin on drums and Eben Grace on guitar —  picks the scabs of social media, aging, ADD, “ruining everything” and relationships with an awkward honesty that comes off like a Portlandia sketch in music form. It isn’t instantly laughter-producing, in fact, tracks like “Cut My Hair and Moved Back Home,” “Tornado” and the heartbreaking opening track “No Romance,” which gives way too real of a fucking peek into modern love are pretty solemn in their message. But Hanna lays all of those emotions out with such enthusiastic vulnerability and humility that even when the anti-hero is being a “jerk” it’s almost impossible not to root for him. And when Hanna reaches the album’s climactic, shout anthem “Kick Your Legs Out” the infectious, cathartic chorus sheds all of the pent up anxiety that the brutally truthful songs shine a light on and reminds listeners that feeling every emotion — not just the good warm and fuzzy ones — is what actually makes the rollercoaster of life worth the ride.