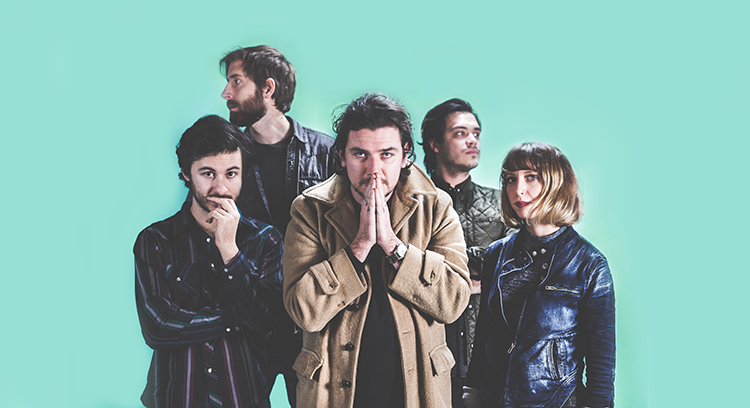 Knowing that life is going to change is the easy part. Being able to tackle those ebbs and flows with fearless grace and humility is quite a bit tougher.

For Susto’s Justin Osborne the best way to even approach the hard part is through songwriting as a therapeutic reminder that regardless of whatever else is happening in the world there’s a place he can go in his music where inevitable changes are seen as freeing and liberating.

“Once you expect life to throw you curve balls and expect that you can get dealt the most devastating blow at any second, you can come to terms with how you approach your life. You can’t predict or expect how things are going to go. There’s a spectrum of things that could happen and you have to be o.k. with any of those outcomes,” Osborne said during a recent interview with The Marquee. “Maybe it is or isn’t want you want, but knowing it’s going to change is what’s important.”

Whereas much of Susto’s 2014 self-titled debut album spoke of personal struggles, the Charleston, S.C. group’s latest offering & I’m Fine Today is a broader look at the world beyond and allowed Osborne to tap into some heavy, topical subjects.

“We didn’t want to have a political record. I just feel like there’s too much. It’s too nuanced of a topic — especially being from the South. But then again, there were cultural topics that we wanted to address that we didn’t want to leave on the table, like questions about religion and people’s sexuality that we touched on,” he said. “We could give our opinions without saying ‘Fuck Donald Trump,’ which, I may or may not feel that way. But I didn’t start playing in bands to get into politics I started writing songs to say what I feel and to find people that feel the same way as me. The common ground is what matters and finding that is important.”

Osborne is a pro at finding common ground. In fact, it’s his uncanny ability to find that ground that is responsible for Susto even being a band. Osborne, who had played in bands since his mid-teens, wasn’t supposed to still be involved in music. After more than a decade of playing, he had decided to move on. He played a farewell show and announced plans to move to Cuba to study Latin American revolutions and a few weeks later found himself in Havana.

“The first night I got to Havana I met this guy; I bummed a cigarette from this guy, and we just started talking about music. I didn’t know anybody and was just trying to find common ground with people and the first group of people I got to be around ended up being musicians,” he said. “But I was like I’m going to Cuba not to play music but to study the revolution and get involved in Latin American politics. But we started going to shows and writing songs and playing songs and I ended up doing a solo record down there called Vampires in Havana. It was recorded down there and we played a few shows and I was planning on not staying in Cuba but moving on through Latin America. But they gave me some confidence and being in a place that is so different than the U.S. and having the sort of validation from people made me feel that there was some good foundational substance. It recharged me. I thought I was going there to get away from it all but instead, it just ended up being like a vacation that was actually a workshop. I learned a lot about writing lyrics and being confessional and being playful. The Trova tradition in Cuba walks that line between dark and light and it really got me centered.”

Osborne returned to the States and started work on what would become Susto’s debut, an alt-country piece de résistance that immediately garnered the band national attention and solidified (as much as anything can) Osborne’s path for the next few years. With the release of & I’m Fine Today though, Susto takes their alt-country foundation and proudly proclaims that it has a wider vision. “When we put our first record out we didn’t mind being put into the alt-country category. It was great because we really did set out on the first album to make an alt-country flavored record. But at the same time on the first album, there were some things that were overlooked. We wanted to let people know that we have this palette and we’re going to keep picking and choosing from it and the palette is going to get bigger from record to record. It’s going to be something that we push — a cinematic thing — and let people know that they’re in for an authentic fun-house kind of a record,” he said. “We just wanted it to be entertaining.”

While so many bands try to get away from their day-to-day lives to record, Susto did quite the opposite, recording & I’m Fine Today in their rented storage unit turned studio in downtown Charleston. Osborne explained that the band originally had just an 8 x 20 storage unit, but when the space next door came up for rent they snatched it up and knocked a wall down that separated the two units to form their space. He explained that the building insulation created some great sound-proofing for most of their recordings, but that some days all the sound treatments in the world wouldn’t have been enough. “Our space is right in the middle of downtown Charleston, which is booming right now. There are cranes all over the sky and right across the street from us they were starting an apartment complex when we were recording,” he said. “Some days we’d go in and you’d hear that ‘pink, pink, pink, pink’ of pilings being driven. We couldn’t get away from that sound. So we used it as the snare drum on ‘Gay In The South.’ We sampled it and used that as the snare, and it sounds industrial because it is. We literally stuck the microphone out the door and pressed record. Making it at home was a privilege because even if we spent the whole day in the studio we’d still get to sleep in our beds.”

The album ranges from the indie pop of the opening track “Far Out Feeling,” which features a ’70’s-styled chorus and string section that was also recorded in the storage space, to the politically-charged message of “Gay In The South,” with it’s beautiful lyric “In future time, there’ll be nothing different between you and I, and I can’t wait for that time to come true,” and the growing-up tale of “Hard Drugs” that addresses both Osborne and some of his friends, who were in a circle of destructive behavior, but eventually settled into being supportive friends in adulthood.

But, in particular, the track “Waves” addresses Osborne’s optimism, and acknowledgment that the ebbs and flows of life will continue, and all anyone can do is ride the wave. “It comes in waves/It’ll knock you off and drown you if you can’t get past the break,” Osborne sings, “Just ride it out/The sun comes up and the sun goes down and that’s what it’s all about.”