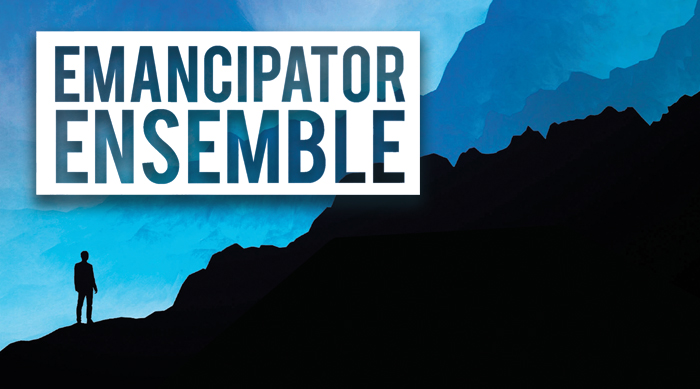 “How the brain decodes music is just fascinating to me,” Doug Appling reflected. “It’s interesting how our ears absorb the properties of sounds and acoustics, and then we break down those complex waveforms into district elements with their own rhythms and melodic contours.”

Appling who spoke to The Marquee on the phone from his home in Portland, Ore. explained that his interest in psychology stems from his undergraduate studies at William and Mary, but has morphed into a lifelong exploration of the musical mind, mapped through the transportative, lush soundscapes he creates as electronic artist and producer Emancipator. Appling comes off as a soft spoken and deeply thoughtful dude, but his excitement for his upcoming first headlining show with the Emancipator Ensemble at Red Rocks was infectious. “It’s going to be super dope,” he said. “The lineup is incredible. We’re so excited to be performing at Red Rocks and we’re stoked to see everyone there. Production-wise, it’s going to be the most ambitious lighting show we’ve had. We’ve been working on it for a while. This is also the most prep and rehearsal we’ve ever put in as a band. We’re trying to learn a lot of new songs we haven’t played live before. We’ve been trying to get together as much as we can, despite having busy summers.”

Rehearsing is key when it comes to translating Emancipators’ complex studio compositions into a live band setting. Working alongside longtime collaborator violinist Ilya Goldberg, as well as bassist Mub Fractal and drummer Colby Buckler, who’ve rounded out the Ensemble for the past few years, the band works collaboratively to create a fresh approach to Appling’s songs for the stage.

“A lot of it comes down to trying to decide what elements are going to stay true to the album version and what elements we’re going to let go and perform differently live,” Appling described. “I’ve definitely enjoyed making new arrangements with the album tracks based on how the band plays them. I think a lot of the songs lend themselves to live arrangements. Having live drums and bass adds variations in the beats, loops and the tempo elements of the groove. It adds a whole other dimension to the songs. Anything that’s based less on loops or prerecorded instruments leads to a better live concert experience.”

Hearkening back to his days playing with jambands in college, Appling makes sure to honor both the need for structure and create room for improvisation in the live setting. “We carve out parts of the show for improvisation,” he explained. “A lot of parts that end up being incorporated into the songs later come out of these improv spaces. We’ll play something live and decide, ‘That sounded great,’ so we start playing it like that at the next show.”

This spacious approach originates in songs crafted in Appling’s home studio. He recently converted his two car garage into a studio and production space, which he described as, “Way more dialed in” than past setups: “I’ve worked in unfinished basements and places like that. But it’s been really productive for me working at home in this studio that I built.”

Appling’s approach to composition varies, but it always hones in on a basic musical element as a starting point. Sometimes it’s a drum sound, which lays a sonic foundation to contain instrumentation and guest musicians. Other times, Appling will begin with a melodic piece he’s composed on guitar and find the appropriate rhythmic framing. In the past year, he’s also been drawing from vinyl samples.

“I’m grabbing instrumental sounds, pulling from mostly classical, world music, jazz and a lot of new age records,” Appling said. “An album like Seven Seas was largely sample free but now I’m getting back into that collage work. I have a record collection but it’s not records I really listen to, it’s just for sampling. But I love stopping into my local record stores. Every time I go I walk out with an armful of vinyl.”

But there is a world of sounds outside the studio ripe for the picking and they are also up for grabs in Appling’s sonic toolkit. “I’ve been having fun making recordings with found sounds,” he explained. “Like I made a song using only samples from my iPhone. It was me shopping for breakfast ingredients and then cooking up a scramble. It was sounds of knives chopping and garlic frying.”

A new Emancipator album set to drop at some point this year, Appling revelead. “The music is done, we just don’t have a release date,” he said, adding that he’s always searching for just the right ingredients — and knows sometimes it’s best to let something sit for a while.

“I have a tendency when I write songs to add too many sounds initially,” he reflected. “Then I’ll realize it’s oversaturated with elements and I have to scale it back. That’s why I usually let songs chill on the back burner. I’ll come back to them months later and try to listen with a fresh perspective. Sometimes, after you’ve been working on a song for a long time, you’re not really in a space to judge whether it’s done. You have to come back to it later.”

Go if you dig