Photos and Words by Dan Page

Wonderbound’s Garret Ammon and Dawn Fay have used popular music for their performances for many years. Their Rock Ballets featured dances choreographed by Ammon to the music of INXS, David Bowie and Queen.   Sensing that recorded music was not the best compliment to their choreography, Ammon and Fay began to explore using live music instead. Finding this exploration fruitful, they have collaborated with Paper Bird, Chimney Choir, Jesse Manley and His Band, Ian Cooke Band as well as the Colorado Symphony and the Baroque Chamber Orchestra of Colorado. For DIVISIONS Wonderbound enlisted Flobots.

DIVISIONS features Flobots performing songs from their album NOENEMIES alongside the Wonderbound artists.  The show is not a dance group with a backing band or a hip-hop band with back-up dancers. This is an integrated visual, musical and theatrical event.  The dancers and Flobots emcees Jonny 5 and Brer Rabbit perform as one, breaking down any barrier between dancer and musician. In Marquee’s June review of NOENEMIES the Flobots called the album, “a tool for uniting and uplifting, and that the tracks are songs of spirit and songs of power.”  The choreography and dancers model the energy and resolve of the album perfectly.

Marquee Magazine was honored to be able to photograph a dress rehearsal of DIVISIONS in June (gallery below).  Though the current run of the collaboration is past there is still an opportunity to see DIVISIONS.  Wonderbound is performing as part of the Vail International Dance Festival and will be performing excerpts of DIVISIONS at “Dance for $20.17” August 8 in Vail at the Gerald R. Ford Amphitheater. Additionally Wonderbound will perform A Dangerous Liaison in Avon. 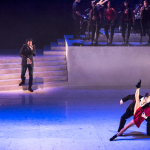 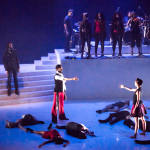 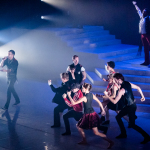 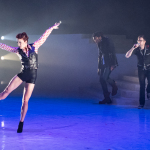 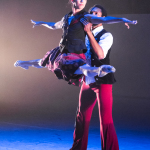 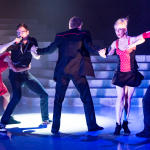 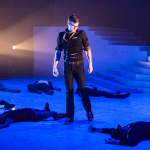 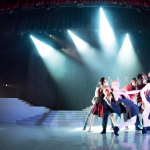 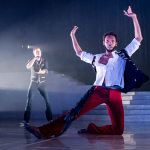 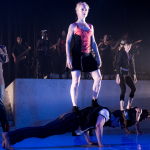 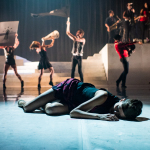 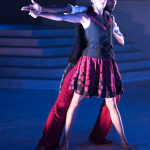