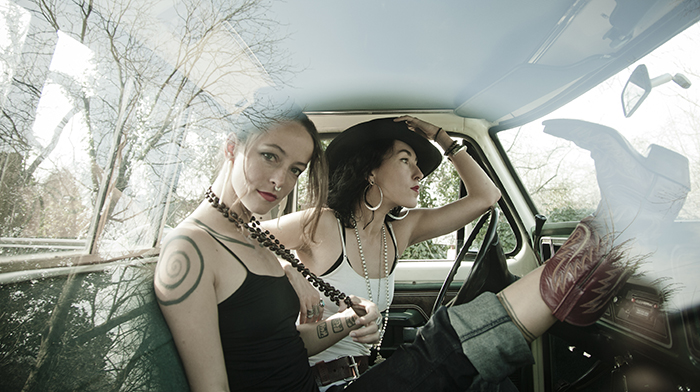 “I think that a lot of festivals are working to encourage consciousness by having speakers or asking audiences to get involved with various causes,” Leah Song said. “But ARISE is not just a party with a little bit of social justice stuck in there. The primary hope and push for ARISE is to create community — and community empowerment. Then the music and dance party comes.”

Song, who shares frontwoman duties alongside sister Chloe Smith in the band Rising Appalachia, was talking to The Marquee while strolling on the beach in Bray, Ireland. The whipping wind and laughter of Irish families could be heard in the background. The band was wrapping up their European tour and, not long after landing stateside, will be returning to ARISE the first weekend in August. The band has developed a relationship with the festival over the years, making them a fixture on the stages of Sunrise Ranch. This year, besides their mainstage set on Friday evening, they will be participating in the Permaculture Action Day that kicks off the fest on Thursday, August 3, as well as playing the first Thursday night music set the festival hosts for early bird campers.

“I think they have a really beautiful set of priorities,” Song explained, describing why Rising Appalachia and ARISE are kindred spirits.” It feels like a really inspired festival to us. We play so many places all around the world, so the people that really care to create this detailed and beautiful of an event make a lasting impression on us.”

From the leave-no-trace policy of the festival itself to their partnerships with local youth and indigenous rights organizations, ARISE can point to many practical manifestations of a conscious mission. But the integration of artistic, educational and participatory elements at ARISE create a genuine sense of community over the festival weekend. There’s something uniquely empowering in that experience, and attendees usually leave Sunrise Ranch with a sense of refreshment and renewal.

Currently based in New Orleans, Rising Appalachia is the perfect fit for ARISE. Over the past twelve years the Atlanta-raised Song sisters, joined by the multi-instrumental talents of percussionist Biko Casini and guitarist/bassist/anything-with-strings-ist David Brown, have become known for not only their rousing live performances, which weave a rich and joyous tapestry of folk, world music and contemporary influences — last year, while walking up the hill for a better vantage point during their set at ARISE, I found myself singing along to their bust-out of Mackelmore’s “Downtown” — but also their sincere activist commitment. This doesn’t mean the sisters merely preach from the stage; they walk the walk, whether it’s through the ethos of their Slow Music Movement or their RISE collective — an organically growing network of citizen activists and artists forming at local levels across the nation.

As Song described, the band sees themselves more as ambassadors carrying a vital reminder in this current chapter of our human story, to their audiences: you absolutely matter and you can make a difference. “Encouraging people to find their gift and be empowered to step into their full ability is really important,” Song said. “Especially in this damaged time in history, there is a lot to be done. Some of it we’re doing ourselves but we’re also just trying to create the space for people to ask those questions of themselves and find their own path.”

The Song sisters own path has led them to support causes ranging from prison reform to indigenous rights. This past Thanksgiving, their work with the latter earned them an invite to Standing Rock on behalf of the tribal youth council, an experience that Song says, “Will stay with us for the rest of our lives.” What links the sisters varied journeys through music and activism, often in cultures to which they are an outsider, is their humility as students in service of a bigger cause.

“We come from a lot of traditional folk music that we learned from our family,” Song explained. “But the music we haven’t learned from our family we have learned from a source who has taught it to us and given us permission to take it to the stage. I think that’s really an important part of our relationship to world music. It’s not just that we heard something on youtube, thought it sounded cool and wanted to incorporate it into our songs. We really make a conscious effort to know the sources, so we can tell the stories of where it comes from and what influenced us in it.”

This policy allows them to consciously navigate the reality of global artistic citizenship, where our current access to culture means we will soak up influences not just from our local scenes, but from the entire world. Trying to keep this sense of context, while staying true to our experience as 21st-century humans, informs Rising Appalachia’s musical philosophy.

“We’re all such mutts at this point,” Song reflected. “Nobody was raised on a blank slate. That informs our idea of what ‘contemporary folk music’ is. Folk music is a music of the people, a street music, and a front porch music, and I think if it’s not telling contemporary stories it’s not contemporary and then it’s going to die out. We want to be playing folk music by definition, music that is telling the stories that really resonate in our current lives.”