Trending Stories from The Marquee
You are at:Home»Album Reviews»Strange Americans ‘Borrow You, Brother’
By Marquee Magazine on August 1, 2017 Album Reviews, Brian F. Johnson 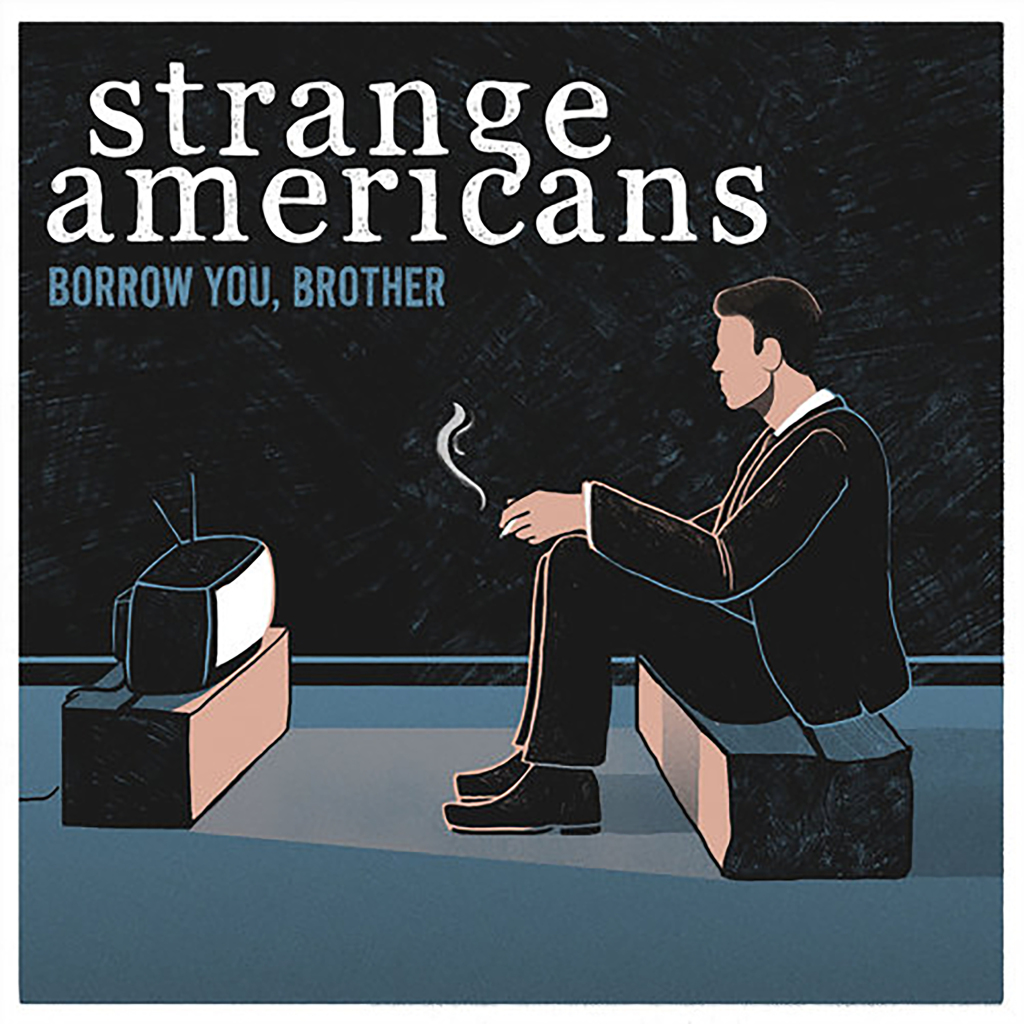 “The Joneses they got everything/and it’s all collecting dust,” the opening lyric from “No Punches” sets the tone for Strange Americans’ latest album Borrow You, Brother. The album takes a tough, frank and honest — although not altogether cynical — look at the state of the American Dream.

“It’s next to dead,” lead singer Matt Hoffman said of the American Dream. “At the very least there is an unsettling lack of mobility in this country and that’s one of the themes we tapped into with Borrow You, Brother.”

With biting lyrics like “Think you’ll get that corner office if you stay in line,” from “Some Punches” and “I might be set on jeans for a while,” from “Big Black Car,” Strange Americans paint a vivid picture of over consumption and the country’s innate apathy-driven pursuit of mediocrity. “It’s like we’re killing what we’re trying to sustain,” said guitarist Trent Nelson.

For a group that makes “Carhartt-wearing, hard-working, industrial beer-drinking, regular Americans” music, Borrow You, Brother — the group’s third full length following 2012’s A Royal Battle and 2014’s That Kind of Luster — sees the band expanding their horizons. On Borrow You, Brother, Strange Americans experiment with different sounds, but keep the album still very much straightforward no-frills rock and roll that is heavy on songwriting and storytelling but presented with reverb-drenched punch and passion. Despite the timeliness of the message on Borrow You, Brother, Strange Americans actually started work on the album in 2015. They spent three weeks tracking the record with producer/engineer Matt Pence [Centro-Matic, Justin Townes Earle] at The Echo Lab in Denton, TX. As they’re want to do, Strange Americans recorded on vintage gear straight to tape with very few effects. “Matt (Pence) has a very simple approach in that regard. If you need overdrive or distortion, just turn the amp up,” Nelson said, explaining their studio trickery. “But we also played with some different sounds, like when I sing into my pick-ups on ‘Till You’re Told.’ It’s subtle and most people wouldn’t even know it’s there, but it was this kind of stuff that allowed us to bring texture to a rock album.”

Strange Americans also bring depth to the record with the Dylan Fowler artwork that they commissioned for the release. Hoffman explained, “We gave Dylan the idea that we wanted to show a male character at home in a suit, with the overall appearance of success, but one where a closer look reveals that something is missing or wrong.”

While the album shines a light on some serious issues, it also serves as the band’s gut-check about it all — it’s their realization of their role, and their call to be part of something and play a positive role in their community.